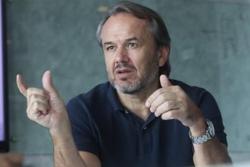 has allocated another RM1.3bil this year to expand its long-term evolution (LTE) fourth-generation (4G) network infrastructure, which is about the same amount it spent last year.

Chief Executive Officer Morten Lundal said Maxis is currently the nationwide leader in terms of population coverage with 2.2 million users, or about 74 per cent of total 4G users nationwide.

For the first quarter of this year, Maxis has spent about RM160 million on  capital expenditure, with the biggest chunk towards improvement of the network infrastructure.

"Our LTE network is strong in all the main cities in the country and we are also expanding to reach out to a smaller towns," he said at the launch of the upgraded plan for MaxisONE here on Friday.

At the event, Lundal announced new features which MaxisONE customers would enjoy, including the automatic upgrade plan with an additional 5 gigabytes (GB) free monthly for video streaming applications as well as 'New DataPools' feature.

Head of Consumer Business, Dushyan Vaithiyanathan, said this plan was not new but an upgraded one whereby the customers would get more data that they used before at the same price.

"We see the trend that data were more used to watch videos, with the additional 5GB they would be able to access video-on-demand applications like I-Flix, Viu, ErosNow and Hopster.

"If they want more data for videos they could get a video pass for only RM5 for another 5GB," he said.

Earlier this month, Maxis announced that it would be upgrading all its existing MaxisONE plan where the customers could get higher data quotas at the same price. This involved over one million customers.

On DataPools, he said, this additional new feature would allow customers to share with anyone across all other devices and they would also be allowed to use while roaming overseas and enjoy unlimited international calls and short messaging services.

"It is now available in ASEAN countries and will be expanded to the Asia-Pacific in the next three to four months and then the rest of world.

"All these features we think have competitive value plan on Malaysia's 4G network. The customers came back to tell us by far they have better experience on Maxis and that by itself will let us grow our market share in the next year or so," he said. 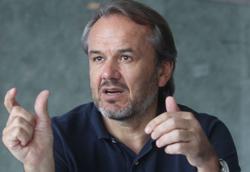 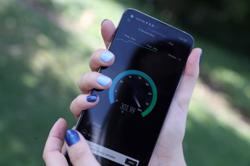