Banking man: The past few years have seen Daim, who has been a prominent corporate figure in the country since the early 1980s, divesting his stakes in his global chain of banks held through ICB Financial Group AG.

Tun Daim Zainuddin is a man in love with the banking business – that’s how the former Finance Minister of Malaysia has been described by some of his close associates.

But the past few years have seen Daim, who has been a prominent corporate figure in the country since the early 1980s, divesting his stakes in his global chain of banks held through ICB Financial Group AG (ICBFG).

Recent shareholding changes in Langkah Bahagia Sdn Bhd - which has an effective stake of 14.8% in Alliance Financial Group Bhd

(AFG) - have also been linked to him although he has long maintained no longer had any interest in Langkah Bahagia.

In an interview with a local media two years ago, the septuagenarian cited “old age” as the reason for the gradual scaling down of his involvement in the business he has always loved and his resolution of not returning to the corporate world.

According to sources familiar with Daim’s movements, nevertheless, it has always been difficult to pinpoint the tycoon’s intricate web of business interests, which are held mainly through private entities – some information of which are not easily accessible. It has also been said that some of his business interests are held through proxies.

Unsurprisingly, therefore, Daim’s name was linked to a corporate exercise that took place over the week when his close associate, Lutfiah Ismail, disposed of her entire stake in a private company that owns the biggest stake in AFG.

It is to be noted that Daim had categorically said that he no longer had any interest in Langkah Bahagia, having sold his stake in Langkah Bahagia to an associate in 1998 – the year he was reappointed as Malaysia’s finance minister.

Although Daim has in the past strongly denied having any link with Langkah Bahagia, some market observers still consider the shareholding changes in the company as marking the “real” departure of the tycoon from the local banking scene – a playing field in which he has been active and grown to love since the early 1980s.

Among the local banks to which Daim had been previously linked in the past four decades were DCB Bank (which merged with Kwong Yik Bank in 1997 to form RHB Bank); Hock Hua Bank (which Public Bank subsequently acquired in 2001); Malaysian French Bank (which was renamed Multi-Purpose Bank); and United Malayan Banking Corp Bhd (which was renamed Sime Bank before being absorbed by RHB Bank).

Wide is his business influence indeed that besides banking, Daim has also left his mark in other key sectors in the country’s economy such as plantations, manufacturing, retailing, property development and construction.

Then, we also have what the market calls the “Daim’s boys” in the likes of Tan Sri Halim Saad, Tan Sri Abdul Rashid Hussain; Tan Sri Tajudin Ramli; and Tan Sri Wan Azmi Wan Hamzah. They were among the movers and shakers of Corporate Malaysia in the heydays of 1980s through 1990s.

Lutfiah’s exit from Langkah Bahagia, and, effectively, AFG, appears to be in line with Daim’s corporate moves in recent years via Switzerland-based ICBFG – the company he founded in 1994.

ICBFG - whose banking assets span 13 countries in three continents, including Albania, Mozambique, Senegal, Zambia, Ghana, Indonesia, Laos, Bangladesh and Malaysia, as of 2012 - had reportedly been paring down its stakes in several banks over the past few years.

Details of ICBFG’s dealings, however, have been scant since the company’s privatisation and delisting from London’s Alternative Investment Market (AIM) in late 2012.

According to foreign media reports, ICBFG had disposed of its entire stake in ICB Malawi, ICB Mozambique and ICB Zambia to Malawi’s First Merchant Bank in a deal reportedly worth US$11.5mil (RM45mil) between 2013 and 2014.

Around the same time, the sale of ICB Ghana, ICB Sierra Leone, ICB Guinea, ICB Gambia and ICB Senegal to First Bank of Nigeria Ltd was completed at an undisclosed price. In 2014, ICBFG disposed of its entire 40% stake in PT Bank ICB Bumiputera Tbk in Indonesia to PT MNC Kapital Indonesia Tbk.

While there have been reports about ICBFG entering deals to sell its entire stake in ICB Islamic Bank, record shows the company still owns about 52.8% stake in the financially-troubled bank in Bangladesh.

ICBFG began its operations in 1994 after securing a banking licence in Hungary.

Prior to its listing on AIM in May 2007, Daim wholly owned the company.

When it got listed, Daim retained control of the company through a 75% stake he held directly and through his associates in the entity.

The end of the Daim era 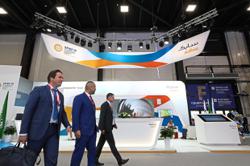