THE READY FLOW OF TAP WATER DOES NOT MEAN IT SHOULD BE WASTED.

In a filing with Bursa Malaysia, PBAHB said the 6 sen per cu metre fee was based on the actual production volume annually from year 2016 to 2018.

The revision of the fee is regarded as a recurrent related party transaction (RRPT) as the State Secretary, Penang (SSI) holds 55% of the company’s paid-up capital.

Based on the estimated production volume for the period from Jan 1, 2016 to Dec 31, 2018, PBAHB said, the annual water intake fee to be made payable by its unit Perbadanan Bekalan Air Pulau Pinang Sdn Bhd (PBAPP) to the state government was about RM61.5mil for three years.

“The RRPT value arising from the proposed payment of the annual water intake fee for year 2016 is expected to exceed the prescribed threshold of 1% of the applicable percentage ratio as stated in the Listing Requirements but it will be less than 5% of the said applicable percentage ratio based on the financial results of the company for the year ended Dec 31, 2014,” the utility firm said.

PBAHB, through wholly owned subsidiary PBAPP, is the licensed water operator for Penang.

The fee is imposed by Penang state government pursuant to the power rendered to the state pursuant to Article 110 of The Federal Constitution.

“The said RRPT entered into by PBAPP with the state government of Penang is revenue/trading in nature which is necessary for day-to-day operations and in the ordinary course of business on terms which are not more favourable to the related party than those generally available to the public and are not detrimental to the minority shareholders of PBAHB,” it said.

Penang state secretary and PBAHB director Datuk Seri Farizan Darus, deemed interested in the RRPT, has abstained and will continue to abstain from all deliberation and voting at the board of directors’ meetings in respect of the RRPT between the group with state government.

PBAHB said the RRPT was not subject to the approval of the shareholders and any other governmental authorities.

“However, the company may seek the shareholders’ mandate for the above RRPT pursuant to paragraph 10.09 of the Listing Requirements at general meeting if the total aggregate value of the above RRPT is expected to be equal to or exceeds 5% of the percentage ratio as stipulated in the Listing Requirements based on the latest audited financial statements of PBAHB,” the company added.

Under an agreement signed between PBAPP, Penang state goverbment, the Federal Government and Pengurusan Aset Air Bhd (PAAB) in June 2011, PAAB would lease the land for PBAPP to treat, distribute and supply treated water in Penang for an annual rental of RM14.56mil per annum over a 45-year lease period.

The basis in arriving the said lease payment is based on the cost of Water Assets transferred by the State Government to PAAB for a period of 45 years.

PBAHB said Sungai Muda, which supplies about 80% of the state’s daily raw water, could only sustain Penang and Kedah’s raw water needs until year 2020. It was reported that PAS wanted Kedah to press Penang for payment for drawing almost a billion litres of water from Sungai Muda each day.

Penang is seeking another “raw water resource” but under the RM2bil Sungai Perak Raw Water Transfer Scheme, Perak has indicated that it is only interested to sell the state treated water.

PBAHB, in its latest annual report issued in May last year, said domestic tariffs had been increased by an average of 16.7%.

It said the Penang Water Tariff Review 2015 “rewards” domestic consumers with the lowest average domestic tariff in Malaysia (32 sen per 1,000 litres) if they used less than 35,000 litres of water per month. PBAHB chief executive officer Jaseni Maidinsa said the water operator gave out RM74.77mil in subsidy to all domestic consumers in 2014. 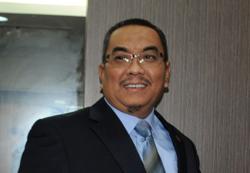