Fairchild Semiconductor's factory in Bayan Lepas. Fairchild is selling the property as the company is winding down operations in Malaysia. About 1,000 set to lose jobs. - Chan Boon Kai/The Star

GEORGE TOWN: Fairchild Semiconductor International Inc, known as National Semiconductor when it first came to Malaysia in 1972, is selling its manufacturing facility in the Free Industrial Zone (FIZ), Bayan Lepas as part of its worldwide realignment exercise. About 1,000 people will lose their jobs.

The plant, currently operating with about 500 full-time staff, is expected to close by the end of the year.

The changes are scheduled to take effect between the second and fourth quarter of this year.

The closure may affect around 15% of Fairchild’s global workforce of 9,000 employees.

It is learnt that there are two multinational corporations – one from Germany and the other from the United States – which are interested to acquire the property located on over 20 acres. Sources told StarBiz that one of the MNCs, involved in manufacturing medical devices, is keen to buy the property to expand the company’s operations in the state.

The property has been valued at between RM200 and RM300 per sq ft. 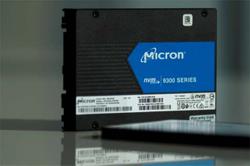