Intel shifts Kulim ops to China and Vietnam, 600 let off 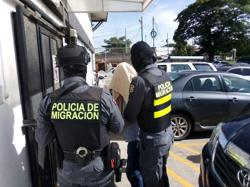 GEORGE TOWN: Chip-making leader Intel Corp is relocating some of its mature products to China and Vietnam from the facility in Kulim, and has started relieving some of the workers attached to them.

Sources told StarBiz that the Kulim facility has for the past weeks let off about 600 workers involved in manufacturing the mature products for the desktop PC market to Intel’s facilities in Ho Chih Minh and Chengdu, where there is cost-savings on labour.

The Kulim facility, set up since 1995, manufactures motherboards and assembles processor packaging.

“Intel is transferring to Kulim new technology products from places like Costa Rica to support the server market and other trendy consumer electronic products,” the sources said.

Intel would continue to engage workers to support the new technology products, but the increased in the new headcount would not be more than the number that would be let off, the source said.

Intel employs some 8,000 employees in Malaysia, of which more than 40% are based in Kulim.

The growing popularity of smart mobile devices has spurred the growth of data-centres that need to send out information and services via servers, which require high-end Intel processors.

For the first quarter ended March 31, Intel posted US$12.8bil revenue, which was flat compared with the previous corresponding period.

The revenue from data-centre group was US$3.7bil, up 19% year-on-year, while its client computing group posted a US$7.4bil revenue, down 8% year-on-year.

In April 2014, Intel announced that it would relocate its test assembly and test operation to Asia from Costa Rica to enhance competitive edge in new market conditions and in the high technology sector.

Intel looks to generate US$13.2bil plus or minus US$500mil, for the second quarter.