WHEN Mohamed Jakel Ahmad founded Jakel Trading in Muar, Johor, in 1983 as a carpet wholesale supplier to small traders around the vicinity of Muar, little did he know he had build the foundation for a multi-million ringgit business group based on hard work, strong business ethics, reputation and quality products for his 12 children.

Mohamed Jakel had always emphasised the importance of strong family bond among his children and taught them the innate skills to do well in business.

From its humble beginnings of starting out with just a few thousand ringgit of capital, the group is today a renowned textile retailer of a broad variety of textiles that meet the needs of the lower income, medium and premium customers. It also offers a broad range of ready made fashion apparels making it one of the leading traditional wear fashion house with its 30 strong R&D team.

It has set its sight to make further headway in property investment with quite a sizeable assets in its portfolio, and will soon venture into property development.

As an indication of its business prowess, Jakel has seen its sale volume ballooned over the years from a mere few thousand ringgit in the 1980s to RM648mil in 2013 and RM700mil in 2014. Sales revenue may well touch RM800mil this year and hit the RM1bil mark by 2017. Since its first retail branch was opened in Segamat in 1985, it went on to build up a strong market presence nationwide by venturing into textile retail trading and supplying textiles to both the government and private sectors. Its first store in the Klang Valley was opened in 2007 in Jalan Masjid India, Kuala Lumpur that involved a capital outlay of RM30mil.

Datuk Mohamed Faroz Mohamed Jakel, the eldest son of 12 siblings, was only in Form 1 when his father moved the family to Segamat to open up Jakel retail store “as Muar was too quiet then, being the pension town of Johor”.

He was roped in to help his father managed the family business after completing his Form 5 education. Through the experience he gained he has contributed significantly to the growth and expansion of Jakel group’s business.

He was convinced that more people would buy textiles than carpets and managed to convince his father to switch into the textile business. That advice had helped to change the course of Jakel’s business direction and the many opportunities that came its way.

When the patriarch of the Jakel group passed away in 2009, Mohamed Faroz, who was 37 years old then, took over the helm as the group managing director and chief executive officer and went on to build Jakel as one of the most recognised brands in textile retailing.

In 2010 Jakel invested RM50mil to open an outlet in Section 7, Shah Alam. The 80,000 sq ft store set the stage for Jakel to make it into the Malaysia Book of Records in 2010 as the Largest Textile Retail Outlet in Malaysia. By then it has 20 outlets nationwide, 16 of which are franchise outlets.

Mohamed Faroz says Jakel is the first textile company in Malaysia to have successfully opened 16 textile franchise stores under Perbadanan Usahawan Bumiputera since the opening of its first such outlet in 2004.

By the end of this month Jakel will be able to up its ante by many notches when the 330,000 sq ft Jakel Mall opens for business at Cap Square in Jalan Munshi Abdullah, Kuala Lumpur, which according to Mohamed Faroz will be the largest textile retail mall in the world.

In 2012, Jakel bought the Cap Square north and south towers which together with the two retail podiums came up to a total net lettable area (NLA) of 830,000 sq ft for for a total sum of more than RM300mil.

This prime freehold integrated commercial asset will comprise a textile mall, a hypermarket, a 4-star hotel of more than 300 rooms, and 2,543 car parking bays.

Mohamed Faroz says the Lulu Group that operates a big grocery, IT and electronics supermarket chain in Abu Dhabi will be occupying 300,000 sq ft of space in Jakel Square. Scheduled for opening around the second quarter this year, the Lulu supermarket is set to be another crowd puller. Jakel will also rent out a food court and small shops of about 200 sq ft for rental income.

This is not the first time Jakel is involved in the real estate sector. It has over the years built up a comfortable nest of property assets that can be traced to the company’s early days in Johor.

Besides teaching his children the virtues of hard work, strong business ethics and good quality products, the elder Jakel patriarch had always stressed to his children the importance of owning the group’s own retail property.

To succeed as a textile retailer and wholesaler, he believed Jakel needed to own the property so as to have control over its business plans and growth direction.

Mohamed Faroz says his father also wanted to ensure the company would not be subjected to sudden rental hikes or eviction notices once its business started to expand.

“Jakel started out occupying just 300 sq ft of space as we were sharing a 1,200 sq ft shop with three other tenants. We only managed to expand our business after moving into a bigger place .

Since then, we have been looking around for property to buy to accommodate the company’s business growth,” he tells StarBizWeek.

When many companies succumbed to the Asian financial crisis in 1997 and had to sell their property in exchange for cash, Jakel took the opportunity to snap up some of the fire sale property and build up a tidy nest of property assets.

Today, Jakel’s property portfolio comprises shop lots in the vicinity of Masjid India, Kuala Lumpur; Bangi; Cheras; and also in Johor Baru that contributes quite a tidy sum of recurring rental income to the group.

Having built up a sizeable portfolio of investment property that provides a tidy sum of recurring rental income, Mohamed Faroz and his siblings have set their sights to venture into property development in the Klang Valley under Jakel Development.

The property development arm was founded by the Jakel siblings that also include Mohd Nizam, Abdul Shiraz, Mohd Izani and Lokman. Its maiden residential project to be located in Jalan Loke Yew will be launched this year.

Mohamed Faroz says his humble beginnings has made him grateful with what the Jakel group has achieved today and he believes in contributing back to society.

“Jakel is involved in various corporate social responsibility (CSR) activities through material and monetary contributions to foundations and orphanages, disaster relief funds, education funds, and sporting activities among others. We also donate to the underprivileged members of the society – orphans, single mothers as well as the elderly.”

For his contribution to society and the business world, Mohamed Faroz was awarded the Pingat Jaksa Negara title which carries the title “Datuk” In conjunction with the Yang Di Pertuan Agong XIV’s birthday on June 1, 2013.

And in recognition of his entrepreneurship, he was awarded the Business Icon Of The Year award at the Selangor Excellence Business Awards by Dewan Perniagaan Melayu Malaysia on Dec 8, 2014.

His success has inspired many young entrepreneurs and one of his favourite advice to them is that everyone must have a dream and that the dream can only be realized with good planning, passion and willingness to work hard, determination, perseverance and commitment. “While some people choose to chase after certificates, I go for my dream,” he says, adding that Jakel’s success is due to the relentless hard work of the Jakel siblings.

Mohamed Faroz believes the key to the group’s success is also its aggressive promotion campaign and excellent customer services. Its main strategy and approach is to undertake procedures to ensure that every single customer remains with the company for the long term.

“Jakel has always believe in the principals of building and maintaining excellent retail experiences and customer satisfaction at our stores. We have clear plans to expand in the fashion business and will launch our online business next month,” he says.

With the strong leadership and hands on management style of the Jakel siblings, the group is bound to achieve even greater success going forward as seen in the number of accolades it received including Best Textiles Shop in Asia by Asean Retail Chains & Franchise Federation in 2013 and Best Company To Work For in Asia by HR Asia. 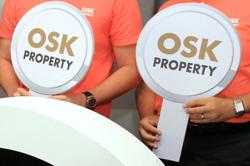 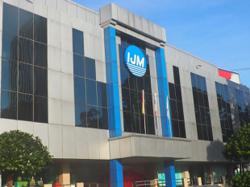