File photo of construction work in progress for PR1MAAlam Damai, Cheras earlier this year. Tengku Razaleigh Hamzah warns that affordable housing, even with PR1MA, is currently beyond the reach of fresh graduates and the lower middle class.

Without integrated policies to help them tackle the rising cost of living, the sandwich class faces a bleak 2015

LAU (not her full name) is a real estate agent earning just under RM100,000 per year, which puts her at the upper end of the middle class.

But as a 40-year-old single supporting her 65-year-old widowed mother and putting her son through primary school, she is also feeling the squeeze as part of the sandwich class.

“If I can pull through and pay the bills, that is a good month already,” she says. “I can’t even dare to think about retirement, my son’s further education or any emergency.”

The only two words in her dictionary, she says, “are ‘keep going’. I have to be healthy so that I can continue working.”

Data on the middle-aged, middle-income group is sparse and experts even disagree on how to define “middle-income”. But what they can agree on is that they form a substantial chunk of the population and their ranks are growing. And although the disgruntled middle is a sizeable vote bank, there are no integrated policies to address their woes.

Next year will be a challenge for middle-income households, says Penang Institute CEO Dr Lim Kim Hwa, “coping with housing affordability, access to healthcare at a reasonable price, acquiring health insurance at a reasonable premium and the erosion of purchasing power due to inflation, especially in urban areas. All this leads to a reduction in standard of living.” 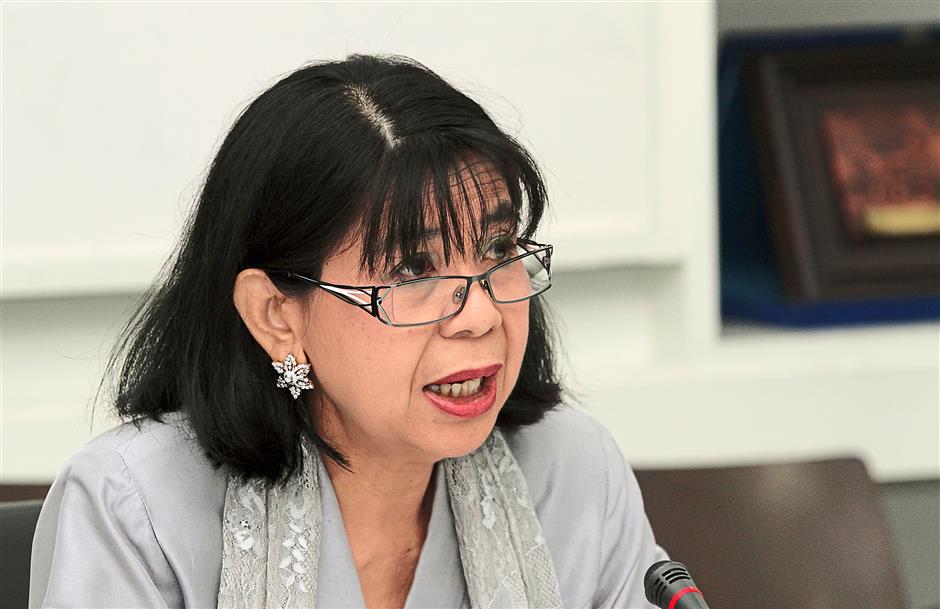 Over at Universiti Malaya’s (UM) Social Security Centre, director Prof Datuk Norma Mansor looks at the middle 40% who, according to the Household Income Survey 2014, earn between RM3,580 and RM8,080. And in its recent report, “The State of Households”, Khazanah Research Institute noted that the median household income for the middle 40% is RM4,372.

However you define middle-income, those in the sandwich class such as Lau find it hard to pay their bills and prepare for retirement. Yet, in their income bracket, they may be excluded from most social assistance, noted Dr Lee Hwok Aun, senior lecturer at the Department of Development Studies at UM’s Faculty of Economics and Administration. “Even if they qualify for 1Malaysia People’s Aid (BR1M),” he adds, “the amount is miniscule compared to the needs of supporting parents and children.”

She applied for BR1M but didn’t qualify as it is only for households with up to RM4,000 per month. She signed up for special training for single mothers offered by the Women, Family and Community Development Ministry but was not accepted. And she registered online for 1Malaysia People’s Housing (PR1MA) but was unsuccessful.

One of the options which Lau could have taken is the Private Retirement Scheme, which would enable her to get RM3,000 tax relief. But at the end of each month, she has nothing left to invest.

“The take-up rate for PRS is very low,” notes UM’s Norma. As of October, only 100,000 had invested in the retirement savings and investment scheme.

During this year’s Budget session in Parliament, Tengku Razaleigh Hamzah took the unusual step of writing to the Speaker and his fellow Members of Parliament about “some critical economic issues”.

The most urgent issue, he stressed, was the rising cost of living that “affects everybody, but impacts the middle and lower income classes more than others”.

The MP for Gua Musang and former Finance Minister noted that the “raft of knock-on price increases in transport, electricity, food items, etc act to increase the build-up of pressure on the cost of living”.

And he focused on the cost of housing in major urban centres. “Affordable housing, even with PR1MA, is currently beyond the reach of fresh graduates and the lower middle class who are facing the spectre of unemployment or low wage employment and heavy debt,” he wrote.

Budget 2014 had addressed housing speculation by introducing real property gains tax for properties sold within three to five years of purchase, scrapping the developer’s interesting-bearing scheme and setting a threshold of RM1mil for foreigners but, UKM’s Abdul Rahman says: “We don’t seem to see prices going down.”

Norma points out that in Malaysia, when you sign a sales and purchase agreement (S&P), you don’t pay tax. It is only paid when you transfer the title. “In Singapore, you have to pay tax when you sign the S&P, which helps to prevent speculation,” she notes.

The Youth Housing Scheme, a partnership between the Government, Bank Simpanan Nasional, the Employees’ Provident Fund and Cagamas, helps married youth between 25 and 40 years with household income of up to RM10,000 to buy their first home. The Government provides loans of up to RM500,000 as well as monthly financial assistance of RM200 for the first two years, plus 50% stamp duty deduction on the instrument of transfer agreement and loan agreement.

But Abdul Rahman noted several concerns. There is only a limited number of houses – the target is 20,000 – and only young couples qualify, leaving out the singles and those marrying late.

And, he points out, “The loan repayment is heavy, despite the 35-year maximum period. The person will literally be slaving for the bank for the rest of his working life to repay the loan.”

There are government programmes which can help the sandwich class, sums up Norma, “but there is no integrated approach by anyone.” The bottom and middle of the pyramid, she points out, “are tied very closely to income. The only way to address this is through wages.” A production-linked wage system, part of the eight Strategic Reform Initiatives under the New Economic Model launched by the Prime Minister in 2010, has yet to be implemented.

BR1M should be in conjunction with more targeted subsidies for the professionals and middle-income. Norma suggests: “In Japan, for example, you get transport allowance if you take the tube, and allowances for your first and second child.”

General subsidies should be stopped, she urges. “They should not be given at the petrol station but directly into the social security account or via the Inland Revenue database, which is the basis for awarding BR1M.”

And if those earning RM3,000 find it difficult to afford PR1MA homes, for example, she recommends building housing in agglomerations, which would be cheaper: “Industrial activities should be in clusters, with homes and good transport.”

The pressing needs of the sandwich class should be addressed, says Abdul Rahman: “They pay all forms of taxation to the state, so they want accountability, constant engagement and consultation as citizens.”

“They don’t want to be talked down to, taken for granted, or given a moral or political ‘lashing’ once in a while and only approached and appreciated when their votes are required,” the professor warns. “Not paying attention to all this may very well contribute to a rising sense of alienation and disenfranchisement of the middle class, with political repercussions for those in power.”

GST and the sandwich class