IT was an eventful week for the oil and gas (O&G) sector.

Why the huge difference in the response? Is there something within the booming O&G sector that is pointing to a peaking of activity and a tapering of demand?

Despite armed conflicts around the world, chiefly the tensions in the Middle East, Libya and Ukraine, oil prices have surprisingly stayed below US$100.

In the past, conflict in the Middle East would have enthusiastically brought up oil prices by at least US$10 a pop.

This time around, oil prices are behaving differently.

Despite three worldwide conflicts happening concurrently and all involving oil supplier countries, oil prices have in fact hit a six-month low, with the benchmark West Texas Intermediate (WTI) dropping to US$96.67 per barrel on Aug 7!

Over the last few months, oil prices initially rose because of armed insurgencies in oil producers Iraq and Libya, and gas conduit Ukraine. Oil prices briefly touched a high of US$107.26 on June 20,

The conflicts in these countries weren’t the usual restive rebellions. It was more serious than usual. But it has not had an impact on oil prices, as evident by the falling WTI. 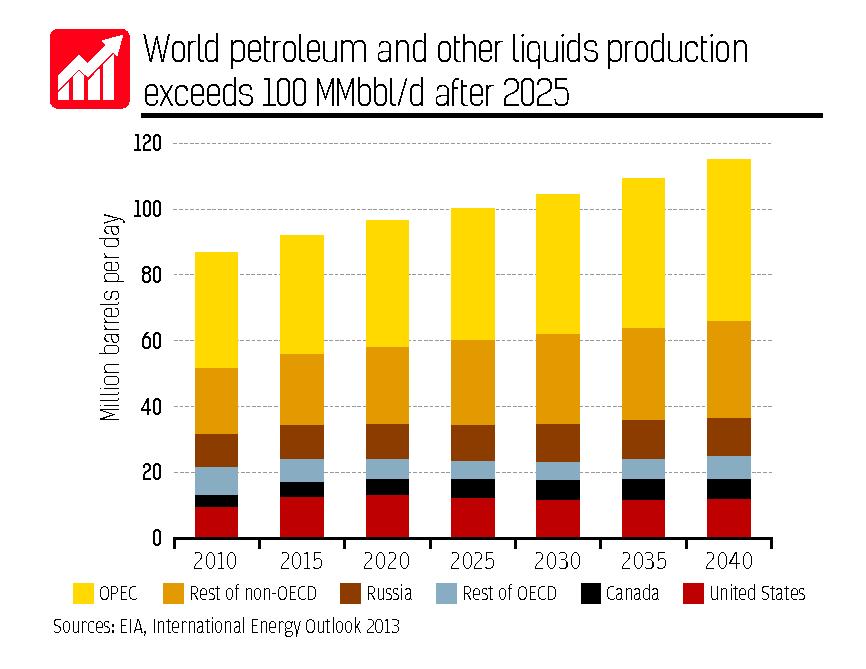 Closer to home, a few key events unfolded, and some wonder whether this is a precursor to a respite in the O&G sector.

Significantly, Samudra Energy, which had already secured some prominent Malaysian tycoons as pre-initial public offering (IPO) and cornerstone investors, said that it decided not to proceed with the IPO due to volatile market conditions.

Executives close to the company say while the book building for the IPO was going well for most of July, it suddenly tapered off in the middle of last week.

Kuok’s Kerry Group is an early investor in the company, holding 21.9%.

The Kuok-owned Posh, an offshore marine services provider, is down 12% since its listing on the SGX on April 25.

Posh is the largest Asian operator of offshore support vessels and has a well diversified fleet of young vessels. At its listing price of S$1.15, it was trading at a historical price-to-earnings (PE) ratio of 30 times.

“Debt is high and valuations seem rich at the IPO price. Future price appreciation will depend heavily on expansion plans,” says one analyst who tracks the stock for its listing.

On the strange downward momentum on oil prices, one analyst says that the realisation that there is plenty of supply in the market has assuaged investor concern.

“Initially there were worries when the conflict in Iraq started. While we hope it will end, we also know that conflicts in the Middle East are nothing entirely new. So I think worries of disruptions caused by these conflicts won’t have much of an impact on prices anymore,” says the analyst.

The US Energy Information Administration’s (EIA) weekly inventory report released Wednesday showed a 1.8 million barrel drop of crude oil from a week earlier, but a 2.3 million barrel of oil increase from a year earlier to 365.62 million barrels.

However, if one were to look at the crude oil inventories over a five-year period, it is very obvious that inventories are inching up.

A huge part of this could be attributed to the shale gas revolution in the United States.

Increases in US oil production the past two years have been among the largest in history.

It has been reported that the shale gas production would make the United States a net exporter of natural gas in four years time.

Mark Finley, the general manager of global energy markets and US economics for BP shale production, was reported to have said recently that the United States could be a net exporter of natural gas by 2018, with exports growing to 10.6 billion cu ft per day by 2035.

The EIA has predicted that US shale gas will lead growth in total gas production through 2040, and will reach half of the US output by then.

It says that natural gas is the fastest growing fossil fuel, supported by increasing supplies of shale gas, particularly in the United States.

On the macro front, the level of activity in the O&G sector is looking good.

The key drivers for the continuous push into deeper waters are sustainably high oil prices (in excess of US$90), technological advancements, depleting shallow water fields and high capex pledged by international oil companies.

Maybank Investment Bank oil and gas analyst Liaw Thong Jung saiys that while institutional investors remain keen on the Malaysian-Singaporean O&G services sector, they are concerned about the rising political tensions in the South China Sea, the jack-up oversupply from new rigs entering the market and the rig replacement cycle, and risks associated with the build-to-stock (BTS) model.

Despite that, Thong is positive on the overall sector, particularly companies that have a direct exposure to Petronas’ Rapid project.

MIDF Research analyst Aaron Tan is maintaining his positive stance on the O&G sector. He is confident that the local O&G scene will sustain moving forward given the stubbornly high global oil prices of over US$95 per barrel which will spur E&P activities, capex commitments by international oil companies including Petronas.