Teo takes over as interim CEO after the sudden resignation of Chan.

Market watchers are wondering why Chew, a high-profile banker who has carved a niche for himself in commercial banking, would want to join a low-profile company.

Secondly, how would Chew, without experience in property or the education sector, plan to rejuvenate Paramount?

Furthermore, he was up to the challenge of spearheading something different after more than two decades in the banking sector.

Chew’s entry into Paramount marks the start of a new phase of growth for the company. Along with him, Paramount hired Beh Chun Chong from Ireka Corp Bhd 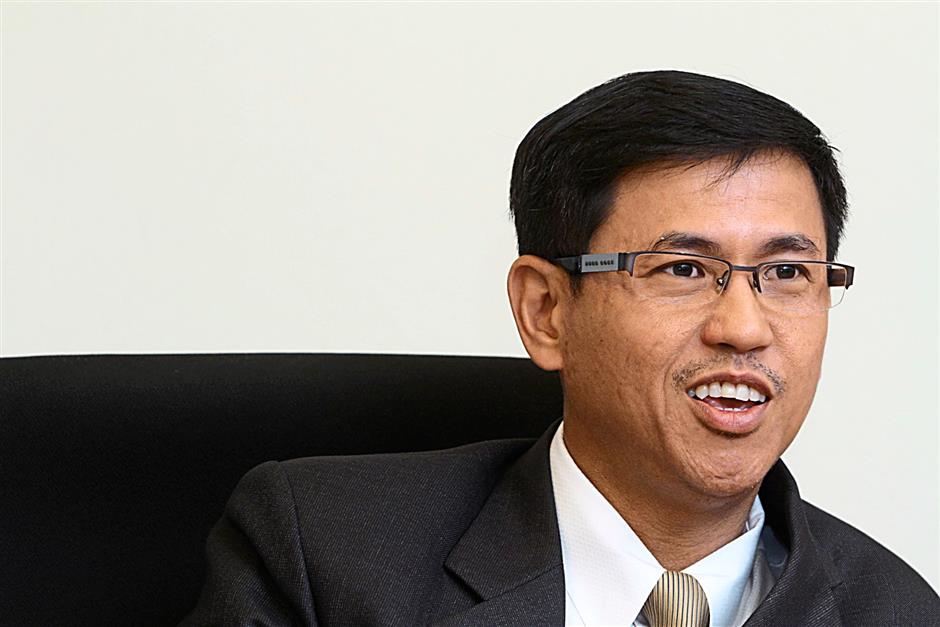 Chew is very fit to sell the 'visions and aspirations' of the company, says an analyst.


“A banker joining a property company is nothing new. Some of our strongest property companies were started by bankers. They included Tan Sri Liew Kee Sin formerly of S P Setia and Datuk Tong Kooi Ong of the Sunrise group,” remarks one observer.

S P Setia is without a doubt the strongest brand in the property sector. Liew was a former investment banker who engineered the reverse takeover of S P Setia in 1996, and steered the construction outfit to become one of Malaysia’s most profitable property companies.

A former analyst and banker, Tong created such strong branding for Mont’Kiara condos via his property group Sunrise Bhd. In 2011, Tong sold Sunrise to UEM Land Holdings Bhd in a RM1.4bil deal.

“There is no fundamental problem in Paramount. It is already a profitable and well-run company. What it needs now is some new blood, some creativity and more marketing,” remarks one analyst.

He adds that Chew is familiar with Paramount. They have a working relationship because OCBC was one of three banks that helped Paramount to secure two private debt security programmes worth RM550mil last year.

“Given Chew’s principal role in helping Paramount with its debt issuance, he must have some intimate knowledge of the company. He is very fit to sell the ‘visions and aspirations’ of the company,” says the analyst.

RHB Research analyst Loong Kok Wen in a March note said that with the full management team in place by June, Paramount would be able to unlock its land bank value sooner.

Paramount is a medium-sized property player with some 750 acres land bank in Sungai Petani, Penang and Selangor (Shah Alam and Cyberjaya) with a total gross development value (GDV) of RM7bil.

Presently, less than a million shares are traded on a daily basis. Considering it has a GDV of RM7bil, Paramount has a meagre market cap of RM537mil.

Thus for starters, Chew may use some of his good relationship in the banking sector to institutionalise Paramount’s stock. Paramount has never been known to have institutional funds as substantial shareholders in the company.

Southern Palm is Southern Acids’ major shareholder with a 31.29% stake.

Paramount has been without a CEO over the past year. Its former CEO Chan Say Yeong resigned in mid-April last year without giving any reason.

Chan’s sudden resignation came after holding the position for less than a year – since June 18, 2012, He was formerly the CEO of Quill Capita Management Sdn Bhd, a manager of Quill Capita Trust

and the managing director of CapitaLand Ltd between 2006 and May 2012.

Since then, Teo took over as interim CEO until Chew came along.

A qualified accountant by training, Chew has been with OCBC for 11 years since joining in 2003. He began as head of the small and medium enterprises business and was subsequently appointed executive vice-president in October 2006. In the last six years, he has held the position of CEO.

Chew started his career at PriceWaterhouseCoopers and subsequently joined Citibank in Malaysia where he held various roles over 12 years.

“I don’t think the lack of experience in the sector is a problem. It is about running a business, growing it and selling it, whatever the product is. These are the same things Chew did in OCBC.

“Chew may not have property experience, but he is very competitive. He prepares 125% for anything he embarks upon,” says the fund manager.

He adds that one of Chew’s immediate tasks will probably be to ensure that Paramount’s Batu Kawan project in Penang becomes a success and is completed within the five-year deadline.

Earlier in March, Paramount acquired 30.7 acres freehold land in Batu Kawan from the Penang Development Corp for RM65.66mil to for a mixed development which will include a university college campus. The development will be anchored by a new purpose-built campus for KDU University College and will be Penang’s first “university metropolis”.

Adopting a similar concept to its Utropolis project in Glenmarie, Selangor, 10.4 acres will be allocated for a KDU University College with the balance for an integrated development.

The school will be completed within the next four to five years while the property project will be developed over 10 years.

“Its Utropolis project has been a success since its January 2013 debut. Given the concept and expected student population, the first two phases of the project were fully sold. We are positive on this deal, as the land, which neighbours the proposed premier outlet and IKEA store, is strategic for property development,” she says.

The new campus is set to accommodate 5,000 students in eight years time.

Paramount’s 21-acre integrated township in Glenmarie, Shah Alam has been a success with 100% sales of serviced apartments in 2013.

The RM1bil development is anchored by a new 10-acre purpose built KDU University College campus, which upon completion, will comprise 1,500 units of serviced apartments and SoHos and 120,000 sq ft of retail space complete with 4,600 parking bays.

Just last month, the developer proposed a one-for-four rights issue to raise between RM90mil and RM100mil, which it plans to use mainly for working capital purposes (some RM51mil) and to repay bank borrowings (RM40mil).

The rights are priced at RM1.10 per rights share on the basis of one rights share for every four existing shares held. 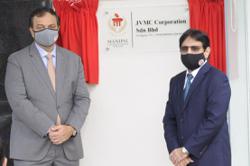