YOUNG & Rubicam Advertising (Y&R) Malaysia has just proven that it is no one-hit wonder. Last week it again became the biggest Malaysian winner at the Cannes Lions International Festival of Creativity.

The advertising agency had netted two silver and two bronze Lions in 2012 for a Penguin Books campaign.

This time around, it clinched a gold, two silvers and a bronze for an oral hygiene campaign for Colgate (in collaboration with WPP sister companies Red Fuse Hong Kong and Y&R Myanmar) as well as a bronze for an organ donation campaign.

In addition, its work for Campbell’s Soup was in the shortlist in the Design category (360 Brand & Identity Experience).

Last year was a comparatively quiet year for Y&R Malaysia in terms of awards. This was coming from a year where it had done well not only at Cannes but also at the local Kancil Awards, where it grabbed the Agency of the Year title and the coveted Golden Kancil. All in, it reportedly racked up about 100 local and international awards in 2012.

Y&R Malaysia might not have been much in the spotlight last year, but managing director Lisa Hezila points out that the agency had “a stellar performance” in terms of revenue growth.

“Last year we secured two big clients, Sunway Iskandar and Sun Life, which were a huge contributor. And there was an organic growth among existing clients.”

This year it added Land Rover (a regionally-aligned account for Y&R) and Pet Pet Diaper to its client list, which also includes Marigold (Cotra Enterprises), Colgate-Palmolive, and Caltex. 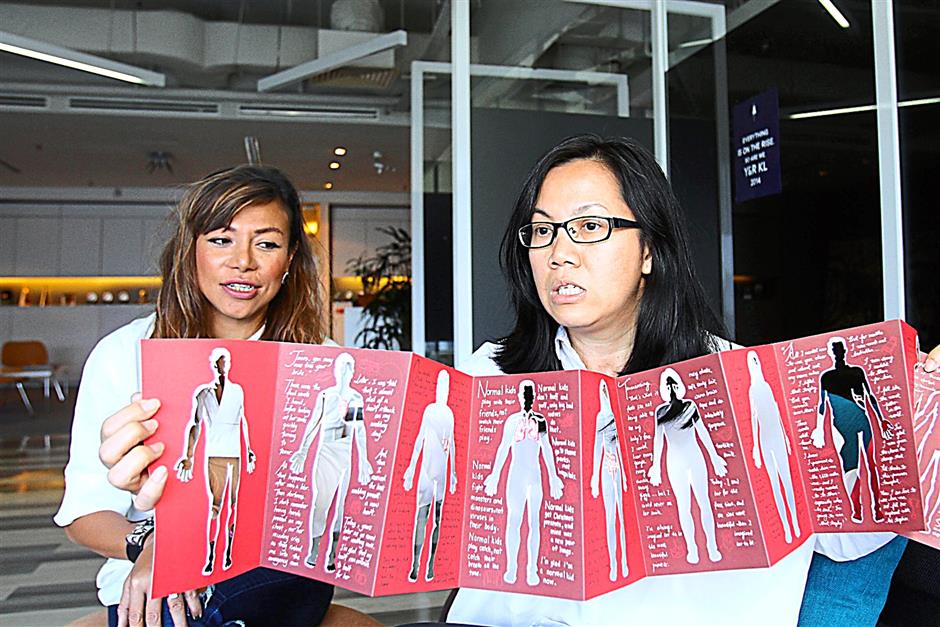 Gigi Lee shows the National Transplant Resource Centre leaflet that won a Lions Health bronze. Looking on is the agency's managing director Lisa Hezila. The leaflet features the heartwarming stories of eight organ recipients, each with a cutout of the organ received. The final page shows the silhouette body of the organ donor that made all those stories possible.

Lisa forecasts her agency growing 20% to 25% this year. “To achieve a 100% growth again would be very difficult. This year our focus will be on strengthening the partnership with existing clients. We still welcome new business but we are very picky,” she says.

This is a shift from 2012-2013, when the focus was very much on bringing in new business. During that period, the agency got 11 new clients.

Y&R’s 49%-owned unit Paragon Y&R, which was set up to handle government businesses and conflicting accounts, did not grow, but Liza says there is no plan to close it down.

“When we (she and executive creative director Gigi Lee) took over the helm of Y&R, we were very much to concentrate on rebuilding Y&R first in terms of fortune (business) and fame (awards),” she explains.

Y&R Malaysia plays the role of integrated marketing communication leader for most of its clients. The agency strategises across different marketing platforms, and it now has more offerings.

Sister company VML, a Kansas City-headquartered digital hotshop in the WPP stable, has just begun operations in Kuala Lumpur under the same roof.

“Digital is very important. Most of the time the work we propose for the clients would have a digital part,” says Lisa.

Y&R Malaysia, which has a staff of about 50, continues to show its strong commitment to develop young talents.

In January this year it launched Zed Spark, a talent development programme for “the best fresh graduates” in Malaysia. Lisa describes Zed Spark as a youth-led “mini Y&R”, whose members are given a half-year training as well as actual projects to work on. Their first project was the I Judge Cannes event held earlier this month in association with the International Advertising Association’s Malaysia chapter. The event attracted 150 people, much higher than expected.

“They are the young and upcoming stars. We give them leadership responsibilities at a very young age. Their focus will be very much on the youth brands,” Lisa says, adding that the seniors can also learn from these young ones.

“We hope that by the end of 2015, we will have 20 of them. The leaders in Y&R, from creative to servicing, will go to the colleges to talk about the programme and invite students to participate,” she says.

The Y&R network does have a global initiative called Zed Pod, launched in 2012, to attract the brightest digital talents.

“We felt that for Malaysia, we had to do something different,” Lisa explains. “For us, we’re creating the future leaders. Zed Spark has creatives, planners and suits, so they are really a mini Y&R.”

Y&R globally also conducts an internship programme called Z Academy. “In terms of the number of interns, we have the highest in the network. Since 2012, when Gigi and I assumed the management at Y&R Malaysia, we have really focused on that. On average, we take in 20 to 30 interns a year. This office is all about championing the young,” she says.

Lee, who was a Cannes Lions outdoor judge this year, shows StarBizWeek the various Y&R Malaysia campaigns that just won at Cannes.

The accordion-fold brochure for the National Transplant Resource Centre − a bronze winner at the inaugural Cannes Lions Health celebrating healthcare communications creativity − features die-cut panels. The “windows” are laser-cut in the shape of a human body, and each figure, which represents an organ recipient, has a cut-out body part.

Accompanying each of the eight die-cut figures is the heartwarming story of an organ recipient. The final page shows the silhouette of the organ donor that made all those stories possible. The reader can scan a QR code on the last page to sign up as an organ donor.

The campaign, featuring classroom posters, targeted rural school children. The posters were printed on the cardboard boxes that held Colgate toothpaste cartons. Local store owners could take them to their children’s schools instead of just throwing away the boxes, and the teachers could use the posters as educational aids.

Lee says the illustration style was based on Myanmar’s folk art.

The Campbell’s Soup campaign, shortlisted in the Design: Brand & Identity Experience category, was aimed at getting more people to consume the product based on the idea of “chicken soup for the soul”. Using the classic can design as a template, Y&R Malaysia created 12 fun limited-edition designs bearing positive messages such as “End Sleepless Nights”, “Turning Mondays to Fridays” and “Save the Sharks”.

On this year’s haul at Cannes, Lisa says: “It’s fantastic! This is better than in 2012, and the team is in high spirits. It gives us encouragement to do better work for the clients!” 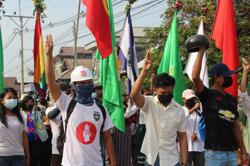