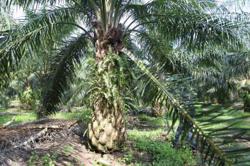 TH Plantations to complete sale of assets over next 12 months

will launch its initial public offering (IPO) next week, amid a recent slump in crude palm oil (CPO) prices that may dampen investor demand for the oil palm grower.

According to term sheets sighted by StarBiz, Boustead Plantations is targeting a listing on Bursa Malaysia on June 26. The company will issue its prospectus on May 27.

The company is offering up to 656 million shares to investors at RM1.60 each, valuing its IPO at RM1.05bil.

Some 492.4 million shares will be offered to retail investors, including unitholders of Al-Hadharah Boustead Reit, Boustead Holdings Bhd

and eligible directors and employees.

The company will sell 163.57 million shares to institutional investors, according to the term sheets. Only 64 million shares will be opened to the public.

The benchmark CPO futures contract on Bursa Derivatives declined RM13 to RM2,524 a tonne yesterday, its lowest level since Jan 15 this year. Prices had fallen 13% from its March 10 peak of RM2,901.

Kenanga Research, in a recent report projected that CPO price would average at RM2,800 per tonne this year.

“Notwithstanding weather concerns, we expect prices to trend lower in the second half of this year, as the industry moves into its peak production cycle,” it said.

But freak weather patterns could be a boost for plantation stocks, analysts said.

Australia’s Bureau of Meteorology earlier this month said that there was a 70% chance that the El Nino would occur this year.

A strong El Nino would lead to a severe dry spell over South-East Asia where 85% of the world’s oil palm is grown.

Its annual fresh fruit bunch (FFB) production totalled 1.08 million tonnes in 2012 and 1.03 million tonnes last year. From this, its FFB yield registered at 17.4 tonnes/ha and 16.5 tonnes/ha in the past two years.

TH Plantations to complete sale of assets over next 12 months