PETALING JAYA: The mega solar power plant being initiated by 1Malaysia Development Bhd (1MDB) has secured a tariff rate of somewhere between 40 sen to 46 sen per kWh.

The rates are lower than existing tariff for electricity generated by solar plants. However it cannot be determined if that is the best rate with present technology because it is learnt that it is a directly negotiated exercise.

The planned 50MW solar farm to be built in Kedah, was the result of a via a “direct negotiation” with the Government, sources said. It will also become by far the largest in the country.

Sources said the relevant parties were working to put this agreement together in time for it to be announced during the United States President Barack Obama planned visit Malaysia next month.

The technology provider for 1MDB’s power plant was a US-based company, the sources said.

It is also understood that 1MDB’s power plant agreement with the Government has come about as a result of direct negotiations between 1MDB and the Energy, Green Technology and Water Ministry, with both the Energy Commission and the Sustainable Energy Development Authority (Seda) playing a smaller role.

1MDB’s FiT rates of between 40 sen to 46 sen seem in line with Seda’s pricing trends.

It is much lower than what the first generation of applicants secured back in Jan 2012, when Seda awarded a tariff of 95 sen per kWh for farms with a size of 1MW to 10MW. For allocations under the 10MW to 30MW category, the rates then were 85 sen per kWh.

Seda’s FiT rates have been designed to be reduced to reflect the declining trend of solar (and other renewable energy types) equipment and technology.

It is clear that due to economies of scale, larger capacity solar farms get a lower tariff rate. 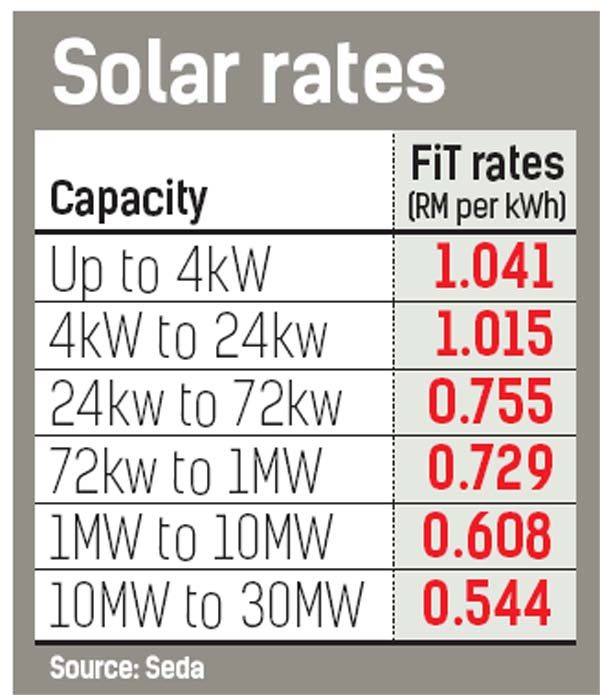 A recent report by a business weekly that first reported on 1MDB’s planned solar farm, had noted that the move would help diversify the government fund’s power generation portfolio that it plans to list in the near future.

The report also noted that 1MDB would have to compete for grid priority to generate power, considering that its scheme does not come under Seda’s FiT. 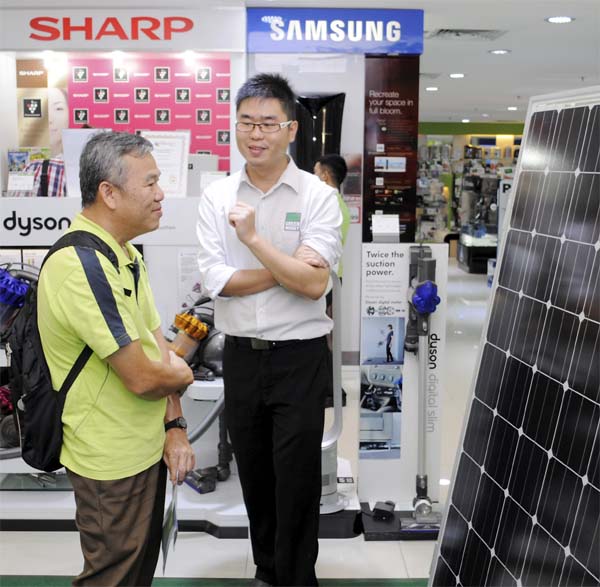 Seda’s FiT rates have been designed to be reduced to reflect the declining trend of
solar equipment and technology.