Its managing director Datuk Ir Dr Ismail Mohamed Taib said previously there was a savings of RM50mil, which is now being used for safety management, quality requirement as well as landscaping.

"The project cost is still within the RM4.5bil budget," he told reporters after a load testing at the cable stayed bridge of the project, here today.

Ismail said the Second Penang Bridge was 99% complete and the JKSB expects it to be fully ready by Nov 8. The opening date will be announced upon approval from the Ministry of Works.

According to Ismail, the remaining work on the bridge involves the expansion joints, minor and final touches, which are likely to be completed by the end of this month.

Once done, he said the JKSB will send a report to be endorsed by the Department of Occupational Safety and Health (DOSH) and the Penang Municipal Council (MPPP), before the bridge is opened to the public.

The Second Penang Bridge covers 24km with 16.9km over water, and links Batu Maung on the island to Batu Kawan on the mainland - Bernama. 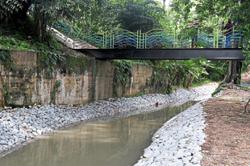 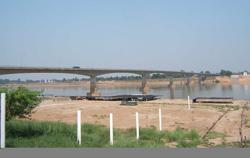 6th Lao-Thai bridge planned to be built in 2023