DUBAI: An ranian businessman, named by the European Union for breaching sanctions against Iran, denied any wrongdoing on Sunday, saying his bank and other companies did not work for the Iranian government.

"This is a mistake," Babak Zanjani told Reuters, speaking in his office in a high-rise tower in a financial district of Dubai a day after the sanctions came into force.

Neither his Malaysia-based First Islamic Bank nor his more than 60 other companies had done anything wrong, he said.

In the latest sanctions, agreed by the EU in October and put into effect on Saturday, Zanjani was subjected to "restrictive measures", forbidding EU companies or individuals doing Iran-related business with him.

The sanctions, aimed at forcing Iran to curb its nuclear activities, include bans on financial transactions, sales to Iran of shipping equipment and steel, and imports of Iranian natural gas. The curbs are in addition to earlier bans, including on the OPEC producer's oil.

"I carry an Iranian passport and I send quite a lot of money to my companies all around the world. They must have thought we are up to something," he said.

Zanjani said there were 64 or 65 companies in his group operating in a range of industries such as cosmetics, food, oil and aviation. The website of his Sorinet Group shows at least a dozen company names, mostly based in the UAE, with some in Turkey.

He denied that his oil company, International Safe Oil, also added to the EU's list on Saturday, had any business with Iran's oil industry.

"I'd like them to show me how I work for Iran. For example they say we have ties with Iran's oil industry. I have an oil company but it has no links with Iran. We do business in Iraq," Zanjani said.

"I am an Iranian, if they had asked for such a help I could have, but they never did, I only do my private business."

He said that so far he had not received any negative reactions to the listing from his customers.

"We don't get financial support from the Iranian government. But this is bad for reputation," he said.

Tehran says its nuclear programme is peaceful but the European Union and the United States suspect it of pursuing weapons capability and hope the sanctions will restrict Iran's ability to advance the technology and force it to make concessions at negotiations. - Reuters 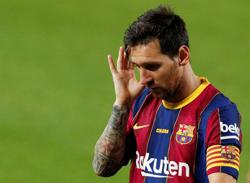