PETALING JAYA: MOL Global Bhd may sell off its shares in Facebook Inc and utilise the proceeds to expand its current business or distribute it as dividends to shareholders.

It depends on the performance of the shares tonight (last night). If they do well, we will sell, group chief executive officer Ganesh Kumar Bangah told StarBizWeek just before the shares were listed on Nasdaq in the United States yesterday night.

MOLs shares in Facebook came about in exchange for patents from another social networking site Friendster, also owned by MOL.

MOL paid about US$38mil to buy Friendster a few years back, which implies that the cost of getting those Facebook shares is US$38mil (RM119mil).

Based on the total of 3.5 million shares, MOLs stake in Facebook is worth some US$133mil (RM417mil), going by Facebooks initial public offerings highest price range of US$38 per share.

We want to expand our existing business, the proceeds (from Facebook shares) will be useful should we sell, Ganesh said.

Ganesh said the company was on track to achieve its full-year revenue target of RM750mil this year and this would come mainly from mobile reloads, online games and social payments.

It is also eyeing opportunities in e-commerce and physical non-cash payments to carry it on to its next phase of growth.

After being privatised in 2008 by Tan, MOL which went public in 2003, has been on a rapid expansion trail, making its presence felt in Singapore, Thailand, India, the Philippines and Indonesia.

Not only did acquiring Friendster help us to grow our community, it raised MOLs profile and also grew our recognition and branding. After we bought Friendster, suddenly everyone knew this small company from Malaysia and it has opened a lot of doors for us, Ganesh said in an earlier interview.

MOL now has over 1.55 million registered members, of which 4% to 5% spend RM300 on average per month paying for various online games.

In the earlier interview, Ganesh also said MOL had ambitious plans to potentially become a regional online social gaming portal and that it could potentially go for a re-listing.

We are in a good position to re-list and we are potentially looking at a listing early next year, he said. 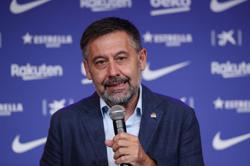