(MAHB), which had an initial budget of RM2bil to build the new low-cost carrier terminal (LCCT) may have to pay more for the terminal due to delays in placing out contracts.

Managing director Tan Sri Bashir Ahmad Majid said there were still some contract packages that were yet to be finalised.

“We see this as good delay because MAHB wants to ensure it gets the right contractors at the most affordable price,” Bashir told reporters after the ground-breaking ceremony for the new LCCT yesterday.

With KLIA2 and the 39 airports that MAHB currently managed in Malaysia, the airport operator would be able to handle at least 60 million passengers annually by 2014, Bashir said.

“KLIA2 is expected to handle 45% to 55% of the (total number of) passengers, mainly budget travellers,” Bashir said.

Located 2km from the current main KLIA terminal building, KLIA2 is slated to be completed by April 2012 and would be the largest LCCT in Asia with an initial handling capacity of 30 million passengers.

Bashir said over the past 10 years, low fare travel had grown and today constituted 16% of total travel in the Asia-Pacific region and 43% in Malaysia, and this percentage was expected to increase.

The 242,000 sq m new terminal is four times bigger than the current LCCT, which occupies 60,000 sq m and can only handle 15 million passengers yearly.

On the aerobridge, Bashir said MAHB was in favour of building it but would leave the decision to the budget airlines as they feared it might impact turnaround time for their planes. He added that besides the turnaround consideration, there was also a charge of RM85 for each plane using the aerobridge.

On the new terminal’s interconnectivity, Bashir said KLIA2 would be connected by buses and express rail link.

“There are plans for railway connection in time as well,” he said. 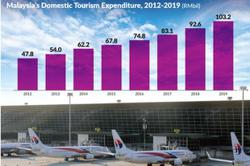 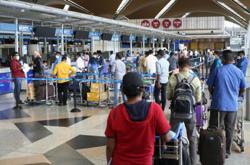 MAHB to slash capex to RM320m this year 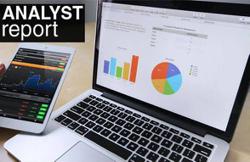