OUR law firm represented Smart Glove Corp Sdn Bhd and Henry Schein in Tillotson nitrile glove litigation at the US International Trade Commission (ITC), as well as in the subsequent appeal to the Court of Appeals for the Federal of Circuit (CAFC).

We wish to provide several clarifications on the article entitled Tillotson case shows united stand by glove makers on page B2 of StarBiz on Jan 5, 2010.

It is correct that quite a number of “Respondents” participated in the ITC’s investigation, challenging the Tillotson’s allegation of patent infringement.

But by the time of the appeal to the CAFC, the only parties defending the ITC’s favourable decision were Smart Glove, Henry Schein and the ITC’s General Counsel.

The US distributors Ansell and Cardinal, which had worked actively at the ITC, settled. And the remaining Respondents simply did not participate in the appeal.

Certainly, Smart Glove and its partners, which shouldered the burden at the appeal, are entitled to congratulations for their success against the Tillotson patent.

Had Tillotson won the case, the ITC could have excluded the accused gloves from entry into the US and forbid the sale of gloves already in the US.

I would like to add that the CAFC decided the case in record time – just two business days after the oral argument.

This unusual speed suggests the strength of the case presented by Smart Glove and Henry Schein. 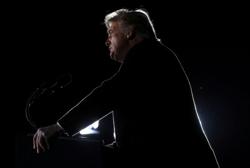