IT is and probably will remain a mystery why Tan Sri Robert Kuok has exited the sugar business in Malaysia. It is likely though that the following reasons played a part: First, the Malaysian sugar business is small compared with Kuok’s vast businesses overseas, especially in China.

Second, Kuok got a decent price for his exit and third, the Kuok group was unhappy with developments taking place at Tradewinds (M) Bhd, where a proposed acquisition of Padiberas Nasional Bhd (Bernas) is likely to result in Tradewinds having an unreasonable amount of debt.

Kuok’s business empire in Asia needs little elaboration. Suffice to say, his net worth of US$10bil (RM34.3bil, based on Forbes magazine’s estimation) makes his Malaysian sugar business small by comparison.

The Kuok group’s Singapore-listed plantation giant, Wilmar International, has a market capitalisation of S$39.1bil or more than RM95bil.

, is getting RM1.25bil from the sale of its sugar refineries and land used for sugar cane cultivation to Federal Land Development Authority (Felda). Of this, the largest asset is the Prai-based Malayan Sugar Manufacturing Co Bhd (MSM) operations, that was sold for RM1.2bil.

PPB Group said its cost of investment in MSM was RM60mil (incurred from 1976 to 1999), thereby giving it a massive gain of RM1.17bil from the sale.

That amount is justified, given that the investment had been made a long time ago as well as the fact that the Kuok group had managed the business well.

Furthermore, the price of RM1.2bil represents a price-earnings multiple of 9.8 times MSM’s FY2008 earnings and a price-to-book ratio of 2.46 times. On both counts, the deal seems to have been reasonably priced.

PPB Group had also disposed of its 20% stake in Tradewinds to Felda for RM207.5mil or RM3.50 per share. This was done at about a 20% premium over Tradewinds’ three months’ weighted average market price. While some could argue that this was at too high a premium, it should also been seen in light of the fact that Tradewinds’ net assets per share stood at RM4.63 as at June 30.

Kuok’s exit from Tradewinds had been speculated in media reports, soon after the latter announced plans to buy into Bernas.

In 2002, Tan Sri Syed Mokhtar Al-Bukhary had surfaced in Tradewinds and become a partner with the Kuok group. Syed Mokhtar controls about 43% of Tradewinds, compared with Kuok’s 20%.

It had been speculated that the partnership had been uneasy, although that could not be verified. Still, the fact remains that Syed Mokhtar owes Tradewinds some RM200mil and there have been related party transactions involving Tradewinds and him.

For example, Syed Mokhtar is said to control about 22% of Bernas, the company that Tradewinds is planning to buy. That purchase will gear up Tradewinds to unreasonable levels. There is now also a proposal for Tradewinds Plantation Bhd, a 70% unit of Tradewinds, to buy rubber conglomerate Mardec Bhd for RM150mil.

Syed Mokhtar is believed to be linked to Semi Bayu Sdn Bhd, which owns Mardec. The price of RM150mil was arrived at based on a valuation done by Ernst & Young, which used such benchmarks as adjusted net assets, discounted cash flows and the dividend discount model.

However, the announcement by Tradewinds Plantation does not provide any more details on how Mardec stacked up on these valuation methods. There is also no information on Mardec’s earnings.

There has been at least one other related party transaction involving Tradewinds and assets controlled by Syed Mokhtar.

Back to Kuok. PPB Group’s sugar refining operations are undertaken by MSM and a joint venture with Felda – Kilang Gula Felda Perlis Sdn Bhd –- which is also being sold to Felda. The two produce over 700,000 tonnes of refined sugar yearly. Kuok’s exit from these business is bound to have repercussions.

“With Kuok’s exit, will the management remain the same and as efficient, going forward?” asked an industry observer.

To be sure, Felda is seeking to reinvent itself. The entity that is buying PPB Group’s businesses is Felda Global Ventures Sdn Bhd (FGV). FGV is the new commercial arm of Felda aiming to spend over RM6bil in the next five years to expand its overseas presence in its core plantations and related businesses.

With that kind of firepower, it is conceivable that FGV may not be content with its 20% shareholding in Tradewinds.

“It is possible that Felda could seek to take over the operations of Tradewinds, considering that the latter will have Bernas in its stable,” said an analyst. Bernas is the country’s sole rice importer, with a wide marketing and distribution network nationwide.

At what price will Syed Mokhtar be willing to cash out of Tradewinds is another matter.

As far as Kuok is concerned though, this “cashing out” of Malaysia is more clear-cut than what happened in December 2006, when PPB Oil Palms Bhd injected its palm oil operations into Singapore-listed Wilmar International Ltd.

The counter argument then was that the merger brought about economies of scale and Malaysian shareholders still benefited, as there was a share swap, with PPB Oil Palm shareholders receiving Wilmar shares.

Furthermore, PPB Group ended up owning close to 18% of Wilmar, so the argument that Kuok was exiting Malaysia did not hold up.

Indeed, Kuok still has other small businesses in Malaysia and Wilmar even recently paid RM46.2mil for a stake in little-known Three-A Resources Bhd

to venture into China together.

But the value of these businesses is small compared with Kuok’s sugar business here. In all likelihood, Kuok is unlikely to be troubled by the recent sale of his sugar assets here.

OSK Research reckons that the PPB Group may use the sale proceeds to invest in Wilmar China, which is planning an initial public offering in Hong Kong.

And judging by the way Wilmar’s China businesses are growing, Kuok is likely to get more bang for his buck by putting his money there. And so too will shareholders of the PPB Group. 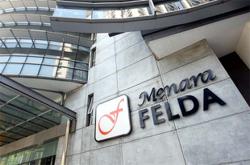