will soon rid itself of a major bane – its loss-making TV operations in the Philippines, Primedia. Media Prima is currently in talks to divest it to the Philippine Long Distance Telephone Co (PLDT).

“The company is in the final stage of the disposal. It will happen very soon,” a source said. “Media Prima will recover its investment. No more exposure. No more losses. Clean cut.”

The bleeding Philippine operations, referred to by some as Media Prima’s “Achilles’ heel”, has been a major drag on the group’s bottom line.

The company’s management had earlier guided that it was considering several options if it could not transfer Primedia to the Media Fund, which included divestment or ceasing the entity’s operations by end-October 2009 to minimise further losses.

“It’s a good thing obviously,” said an analyst who has been tracking the company.

“If it can sell the asset and cover its investment entirely, there will be no impairment losses. Primedia will no longer be an earnings drag. It can close the case and avoid further leakages in earnings,” he added.

On the back of such expectations, RAM had in July said it expected Media Prima’s “financial metrics to recover by financial year (ending) December 2010.”

Media Prima bought a 70% stake in Primedia in March 2008 as seed asset for a proposed private equity media fund.

(Primedia has the exclusive right to schedule and manage sale of airtime of TV5, which is owned and operated by ABC. The channel was re-launched in August 2008 to target young Filipinos with an affinity for reality TV, drama, teen programmes, movies and cartoons. As the Philippines restricts foreign investment in the mass media sector, the investment in TV5 is in the form of a block-airtime and consultancy agreement between Primedia and ABC.)

The Media Fund, the brainchild of the group’s former managing director Abdul Rahman Ahmad, was expected to have a fund size of US$100mil to shop around in the region for media assets, indeed a lofty ambition as it turned out; the global financial crisis had heightened risk aversion among investors, hence throwing a wet blanket on an idea that, in better times, could have reaped some fruitful results.

The fund could not be set up as it failed to woo investors and so Primedia could not be transferred over, causing a major headache for Media Prima which had to finance its losses.

Apart from that, Media Prima and ABC are also involved in a court case filed by GMA 7 in December last year over the “unlawful” blocktime deal that it said undermined the Philippine Constitution, which limits ownership of media entities to locals and local firms.

But the eventual sale of a stake to PLDT, a local firm, may bring closure to the continuing legal battle.

But it can take comfort from the fact that TV advertising expenditure is gaining traction on renewed consumer confidence – sweet words indeed for a media company that has been through its fair share of challenges this year. 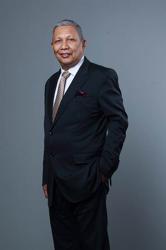