The offer, rarely given unless the developer is financially sound and confident of its development, will be effective two months after the date of collection of keys by the purchasers. The two-month period is the normal rental-free renovation period given to tenants.

Senior manager (marketing & sales administration) SM Faliq SM Nasimuddin told StarBiz that the company was the only one in the area offering a GRR scheme for its commercial development.

“The GRR reflects our confidence in being able to attract the right kind of tenants to our development. There will be no problem of us honouring the 7.5% because of our track record of over 35 years in the property business during which we have always delivered on our commitments,” he said.

He added that purchasers could be confident with the GRR scheme as the project was strategically located near many established housing estates with a captive population of over 400,000. 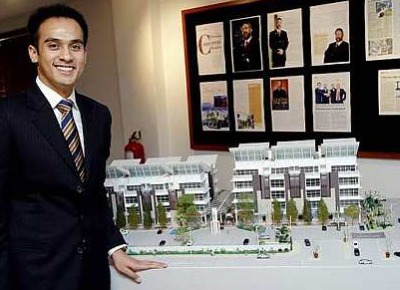 “This project follows the success of TTDI Plaza, which has today become a vibrant business centre attracting various lifestyle businesses, food & beverage outlets, showrooms for various products (such as luxury cars and home furnishings), pharmacy, clinics, fitness centres and service centres. In fact, TTDI Plaza has seen its capital value appreciate by more than 35% since completion,” he said.

The Management and Science University with a large student population is located adjacent to the project. The project is about 35% completed and is on schedule for completion by July 2009.

Faliq said 40% of the 46 units of four and five-storey shop offices had been sold since the project's soft launch about two months ago.

Priced from about RM273 per sq ft (after bumiputra discount), the units will feature a modern contemporary facade, dual 26ft frontage, high ceiling heights of 14ft for ground floors and 11.5ft for upper floors, handicapped-friendly design layout, wide pedestrian thoroughfare, and shared lift for every two units except for premium 39ft wide corner units which will have their own lift.

There will be 928 parking bays at basement and surface levels.

“A special feature is the 37,000 sq ft central events piazza that will serve as an ideal meeting point. It is based on an American concept where office workers can relax and have their meals alfresco amid lush landscapes and water features,” said Faliq, adding that the green space would create a sense of spaciousness.

The piazza will have water features and synchronised water fountains with fibre-optic lighting.

He said most of the purchasers were professionals as well as companies looking to set up their corporate offices at Laman Seri Business Park. “We have upgraded the finishes including using granite and natural stones,” he said.

NAZA TTDI is a member of the NAZA group. Its flagship project is currently the RM3.5bil Platinum Park in the Kuala Lumpur City Centre area.