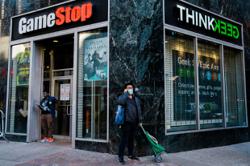 THIS diversified group is probably most remembered for its foray into Vietnam, and its share price appreciation this year.

The firm announced in January that it had teamed up with the Hanoi People's Committee to undertake the Yen So Park integrated development on 500 acres in the south of Hanoi.

Construction of the project, valued at US$1bil, is due to start by year-end.

Meanwhile, it is actively pursuing RM15bil worth of new jobs locally and overseas. Datuk Lin Yun Ling has said that the group was confident of clinching a few billion ringgit of new contracts by year-end.

Taing, one of the co-founders of WCT, has been the driving force behind the group's growth since its early days. The group has been consistently clinching contracts locally and abroad and has become one of the fastest growing local construction companies.The group's foray in the Middle Eastern market has been very successful after years of hard work - it secured some of the largest contracts from the region this year including the largest ever construction contract to build the Meydan Racecourse Dubai valued at RM4.6bil with partner Arabtec Construction.

It is also in a joint venture to build the Abu Dhabi F1 Circuit. The contract is worth RM1.3bil.

Over a period of 26 years, WCT has completed more than 300 construction projects valued at RM5.4bil, of which RM700mil were overseas projects.

Property development subsidiary, WCT Land Bhd, achieved total sales value exceeding RM2.3bil with over 10,000 units of residential and commercial properties being completed and handed over to customers during the period.

WCT is in the midst of taking its property development arm private at RM2.09 a share to enable the group to consolidate its financial and operational capabilities.

The recent hype surrounding this construction group is due to The Light – an ambitious RM4bil project undertaken by IJM Corp Bhd's subsidiary Jelutong Development Sdn Bhd.

The project, slated for completion in 2012 will feature 1,186 units of high-end waterfront condominiums, office towers, four hotels, a family mall, an IT mall, a fashion mall, dining and entertainment facilities, and a sea front park.

The Light, Krishnan has said is a “spectacular” project and “a crown” in IJM's portfolio.

Meanwhile, its property arm IJM Properties Sdn Bhd, which is being merged with RB Land Holdings Bhd, will remain focused on the re-branding of the enlarged entity as well its property projects in India covering about 80ha of land. IJM Properties has also expressed interest to bid for the Penang Outer Ring Road project. 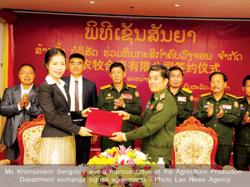