“We have a new Power Icon line-up and selected the right players who cover respective fan bases in Malaysia,” chief executive officer Datuk Seri Shazalli Ramly said in his speech at the unveiling ceremony yesterday.

“This (fan base) explains why we appointed players such as Giggs and Terry, who play for two of the most popular football clubs in Malaysia, which are Manchester United and Chelsea respectively,” he added.

A Power Icon is usually a famous sports athlete or musician that Celcom contracts to promote its brand. Among Celcom’s original Power Icons were footballers Steven Gerrard, Michael Owen and Robert Pires.

Celcom introduced its original line-up of football Power Icons last year in conjunction with the launch of the Football Mad Nation campaign that coincided with the World Cup.

Its “talking heads” adverts, which showcased the original Power Icons introducing themselves and “talking” about the Celcom brand, proved to be Celcom’s most successful advertisement last year.

Shazalli said it was Celcom’s strategy to unveil its latest Power Icons now, given the popularity of the World Cup and Euro 2008 qualifying matches, as well as the hype emanating from the EPL itself.

Under a term that is to last for the remainder of the EPL football season, the Power Icons will endorse Celcom’s postpaid products and services.

“The Power Icons can cross promote with any of our products and services,” said senior vice-president Zalman Aefendy.

Celcom will be hosting viewing parties nationwide including the Chelsea versus Manchester United match tomorrow. The viewing parties will be held at 37 venues that will be announced in major newspapers the day before a game.

Customers who attend the viewing parties will receive gifts, courtesy of the latest Power Icon launch. 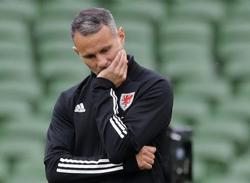