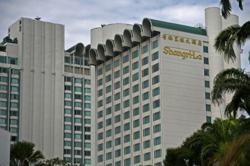 has successfully raised room rates and, noticing that, investors in the stock market sent its share price to an eight-year high of RM1.90 yesterday.

This share price movement warmly greets the re-opening of the Shangri-La Rasa Sayang Spa and Resort in Penang last weekend after it was closed for 21 months for the hotel to be re-developed.

The Shangri-La Rasa Sayang was previously known as a five-star beach hotel. “We’ve re-developed and re-positioned it as a premier deluxe-class hotel,” general manager Arbind K. Shrestha told StarBiz over the phone yesterday.

Its rates are at levels that the local people in Penang have not seen before. Its room rate for this Saturday, for instance, is RM900 plus service and tax charges.

Demand is very high for the new Shangri-La Rasa Sayang, with bookings up to March next year, Shrestha said.

Most of the bookings – about 70% – are from Europe, Australia and Japan, with the rest coming from Asian countries, including domestic tourists. “There are a lot of rich people in Malaysia,” he added.

The local customers may need to be rich. Shangri-La Rasa Sayang’s rates for the super peak period of Dec 20 to Jan 5 are RM2,000 a night.

Although that may be similar to rates in other Asian cities at super-peak periods, it’s very high by local standards. Locally, that would be about the same level as The Datai, a famous boutique hotel on Pulau Langkawi.

Golden Sands’ rates range from RM300 to RM600 for peak periods, said Shrestha, who is also general manager of this hotel.

It is ready for 2007's Visit Malaysia Year when such programmes have tended to attract a larger number of tourists than usual.

Tan Sri Robert Kuok, who leads the Shangri-La group in Asia, told The Star in Hong Kong last week that he would help to promote the Visit Malaysia Year campaign.

This will be very helpful as the Shangri-La group is savvy in marketing. Its hotels in Malaysia, for instance, have always drawn a lot of foreign tourists and, as a result, their room rates could be higher than other local hotels.

“Shangri-La is the stock for Visit Malaysia Year. It’s a hotel with a global brand,” said a fund manager.

Among brokers, the company is covered by KAF Research Sdn Bhd only, according to Bloomberg data. In June, KAF had set a target price of RM2.58 for the stock, forecasting the company would make earnings per share of 10.8 sen this year and 18.9 sen next year.

For many years, the stock had traded within a narrow band but, like the legendary Shangri-La, it has discovered its energetic youth again. 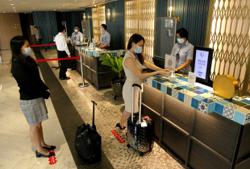 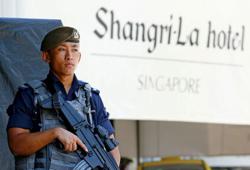