PETALING JAYA: Britain-based Sage Group has made a general offer for all the shares of accounting software company UBS Corp Bhd at a price of 98 sen cash each or a total of RM98mil.

They are directors of UBS – Kean Soon is the executive chairman, Yeo is managing director and Kean Chuan is an executive director.

As a result of the purchase and in accordance with the Malaysian Code on Takeovers and Mergers, Sage is obliged to extend a mandatory takeover offer to the rest of the shareholders of UBS.

As such, Sage has served a notice of mandatory takeover offer on the board of directors of UBS to acquire the rest of the shares.

UBS' share price had risen sharply this month and its latest close at 83.5 sen is near a two-year high. It fell 4.5 sen in a very weak market yesterday. In its announcement to Bursa Malaysia yesterday, UBS said Sage had no intention of retaining the listing status of UBS on Mesdaq.

Sage Group is engaged in the development and distribution of business management software for small to medium-sized enterprises. It was listed on the London Stock Exchange in 1989.

This is the second occasion in which a British company is taking over a Mesdaq company. Last year, Monstermob Group plc took over Unrealmind Interactive Bhd and the latter has since been delisted from Mesdaq. 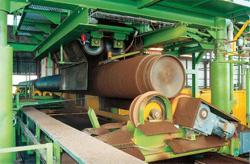