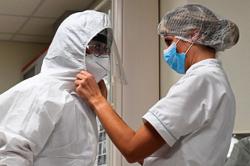 PEOPLE today need to be able to think “entrepreneurially” to avoid being left behind in the 21st century – a century of change – according to RMIT University’s professor of business entrepreneurship Peter Scheldrake.

“Malaysia is a small country that is confronting enormous change (political and economical) and enormous pressure from bigger countries such as China.

“To continue being successful in the face of change, Malaysia needs to move into the international market and encourage people to think entrepreneurially,” he told StarBiz in an interview in Kuala Lumpur.

Scheldrake described companies that were unable to survive the tide of change as dinosaurs.

“Dinosaurs adapted well to their environment but had tiny brains. Many companies today are like dinosaurs; they are well adapted to the environment but they don’t show much intelligence (innovation).

“Therefore, when faced with changes, they are not able to accept the changes and thus risk sharing the same fate as dinosaurs, that is to become extinct,” he said.

To Scheldrake, entrepreneurs are not only able to make things work differently but also to do different things to work successfully.

“Big companies are usually good in what they do, but they do not know how to do something different. Companies in Malaysia need more entrepreneurial people.

“In Malaysia, there are two sorts of entrepreneurs. The first kind starts out from nothing and creates a new business.

“There is also Robert Kuok, who started out a small business and is a multi-billionaire today.

“These are people who are willing to start a small business. Malaysia needs this kind of entrepreneurs as they are vital to the economy,” said Scheldrake.

He described the second kind of entrepreneurs as ronins.

According to Scheldrake, ronins are actually unemployed samurais 200 years ago in Japan.

As they were unemployed, they travelled around and some went overseas.

Some of them ended up in Europe where they witnessed the industrial revolution.

Later, they went back to Japan and told of the revolution happening there, helping the locals keep in touch with the latest technology.

“Therefore, ronins are those who work for an organisation, but they are willing to go outside to look for new ideas and they are able to make them work.

“They do not follow the rules but they are loyal to the company,” Scheldrake said, adding that companies needed ronins to survive changes.

He said there were three main ways for a company to be entrepreneurial.

“The first way is by organising internal innovation competitions with prizes and money for those who can come up with the best business ideas.

“Companies should not only ask them to present it, but also to start the business. This is a good way of finding ‘ronins’ in the company.

”The second way is by setting up a new business centre.

A company should appoint an innovative group, provide them with some money and people, put them in a big ‘shed’ and close it until they come up with a good idea.

They often come out with extremely good ideas. It is best to keep them protected from the rest of the organisation otherwise other people from the company might just take their ideas and drag them back into the organisation.

He thinks Asian companies and family-run businesses had some catching up to do in this respect.

Scheldrake also thinks that there is one advantage and one disadvantage in family-run businesses.

“The advantage is that there are not many outside shareholders telling them what to do. Therefore, they have the luxury of making decisions for the longer term and not just to boost their share price.

On whether entrepreneurship is inborn or taught, Scheldrake said all young people were entrepreneurial.

“Children are all entrepreneurial, they were fantastic at play when they were young and had wonderful ideas. However, we send them to primary school and whack off 60% of their entrepreneurial skills.

“Everybody should be willing to be entrepreneurial and innovative. They have to think of changes or they will be left behind.

“It is not to say that everyone has to be very entrepreneurial and change things all the time; it is just important to have an element. There must be a willingness to be open, to be willing to listen to different ideas, “ he added.