RANHILL BHD, which earlier made a partial conditional offer to buy up to a 70% stake in Ranhill Utilities Bhd

Ranhill is offering to buy up to 206.15 million RUB shares at RM3.10 per share, which will paid for through the issue of 0.391 new Ranhill shares at RM7.93 each, for every one RUB share acquired.

As the tenders received is greater than the minimum 147.25 million shares required, or 50% plus one share of RUB's paid-up capital, the partial conditional offer is now unconditional and the closing date for the offer has been extended to 5pm on Oct 1 this year, a company statement said. – AFX-Asia

RB LAND HOLDINGS BHD said the stock exchange has given the company a further six months until March 24 next year, to comply with the public shareholding spread requirement.

PLUS Expressways Bhd said the Government has in-principle given the green light to company to widen certain stretches of the North-South Expressway (NSE) to three lanes from two now.

The Government also has agreed to the construction of through-traffic between the Ipoh South and the Jelapang toll plazas.

In addition, PLUS will also take over the Seremban-Port Dickson Highway as part compensation for the closure of the Senai toll plaza.

PLUS Expressways said in a statement that details of the proposed funding for the additional construction works and the remaining compensation payable for the closure of the Senai toll plaza were under negotiations and subject to relevant approvals.

No further details were given. – AFX-Asia

On completion of the sale, Asia Food Link will cease to be a subsidiary of Silver Bird. – Bernama

INTEGRATED RUBBER CORP BHD posted a pre-tax profit of RM1.41mil for its first quarter ended July 31, compared with a pre-tax loss of RM791,000 in the previous corresponding quarter.

Its turnover stood at RM9.53mil. – Bernama

MPANY (MALAYA) BHD said Bursa Malaysia has given it six months to March 13, 2005 to comply with the public shareholding spread requirement.

At end-June this year, its shareholding spread stood at 48.91%, but the number of public shareholders in the company owning fewer than 100 shares each was 509, a statement said.

The company said it was looking at various options to comply with the requirement, but gave no further details. – AFX-Asia

JTL GROUP has raised its offer for a 30% stake in Antah Holdings Bhd to at least RM40mil from RM30mil previously.

It would make the offer next week for the 30% stake that is said to be pledged to Alliance Bank, comprising 101 million pledged shares, JTL said in a statement.

JTL Group also said it might consider a general offer to secure majority control and has promised to enhance shareholder value. – Bernama

in its entirety. New Toyo said the acquisition would be funded through a combination of bank borrowings and internal funds. – AFX-Asia

BHD is spending about RM10mil to build a new factory in Shah Alam, Selangor.

Mawar Abadi (M) Sdn Bhd has won the contract to build the factory with office space and warehouse, as well as supporting infrastructure at Bukit Jelutong in Shah Alam, Esthetics said in a statement. – AFX-Asia

BHD (CCM) said it has agreed to sell the businesses and assets of its pharmaceutical and healthcare product retailing units to Guardian Pharmacy (M) Sdn Bhd for RM9mil.

In a statement, CCM said it would sell the assets of Prima Health Pharmacy (Retail) Sdn Bhd, except for the Mid Valley outlet, and the retail division of Unique Pharmacy (Ipoh) Sdn Bhd to Guardian Pharmacy, a member of Dairy Farm Group. – AFX-Asia 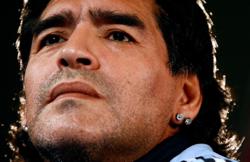