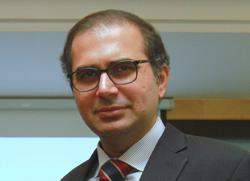 BERJAYA Air Sdn Bhd expects to turn in a better performance for the year ending April 30, 2005 compared with 2004, contributed mainly by its new Subang - Redang route and the increasing demand of consumers to holiday in island destinations.

“With the containment of the Severe Acute Respiratory Syndrome (SARS) outbreak, tourists are coming back and FY2005 should be a good year for the company. Our flights are pretty full for the coming high season (July to August).

“Revenue from our commercial flights business is expected to increase by 30% for FY2005,” general manager Lim Kian Hui told Starbiz.

Berjaya Air's net profit doubled to RM2mil for the year ended April 30, 2004 compared with 2003 while revenue increased to RM20mil from RM17.8mil.

Lim expects 40% of the company's revenue for FY2005 to come from its Tioman route, 30% from Redang, with the balance from the rest of its routes and the charter service business.

“Response to our flights has been good. Each of our flights have an average passenger load of 70% to 80% daily,” he said, adding that out of all its routes, Tioman was the most popular and had the most number of passengers.

According to Lim, the company flew over 70,000 passengers to and from Tioman every year.

“We have at least one flight a day to Tioman but this could be increased to two a day during the high season.

“We have an average passenger load of 90% per flight during the period,” he said, adding that about 50% of the company's passengers consisted of foreign tourists.

He said although the company's focus going forward would be on its Redang and Tioman routes, Berjaya Air was planning to add another route from Redang to Seletar in Singapore by the first quarter of next year.

“We are always looking at adding new routes and increasing the frequency of our existing ones to cope with the continuous growth in the number of passengers to our holiday destinations,” he said, adding that the company had a total of 150,000 passengers in FY2004 despite the 30% drop in number of passengers during the SARS outbreak in 2003.

Lim said Berjaya Air was looking at increasing the number of aircraft to cope with increasing demand for the routes that it plied.

“We plan to purchase at least one aircraft before the second quarter of next year. However, before that, we would need to evaluate the technical viability of the different aircrafts before coming to a decision as to which aircraft to purchase,” he said.

Lim said the company's strength was its focus on servicing the niche market, which consisted mainly of tourists keen to visit island resorts and specific holiday destinations.

“We are a very niche player – we see the needs of the market and we match them. This is our focus at the moment and we do what we are best at,” he said, adding that the airline was providing a service to holidaymakers.

“We have also provided our planes for medical evacuation purposes from Cambodia and Padang, Indonesia,” he said.

Berjaya Air, formerly known as Pacific Air Charter, was incorporated in 1989 and currently has 97 employees. It is a subsidiary of Berjaya Land Bhd

Currently, Berjaya Air owns and operates four DeHavilland Dash 7 airplanes, which has a capacity of 48 seats each, and operates the biggest commercial aircraft to Pulau Tioman, Pulau Pangkor and Pulau Redang.

The Dash 7 is designed for short take-off or landing which is most suitable for airports such as the ones in Pulau Tioman and Pulau Pangkor.

Berjaya Air, which is based in Subang Airport, also has inter-airline agreements with major airlines such as British Airways, Malaysia Airlines, KLM Royal Dutch Airlines and Japan Airlines. 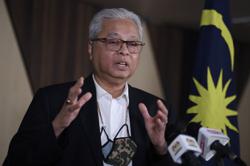 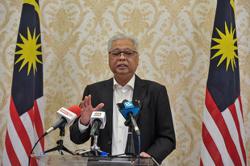