CORPORATIONS in Asia Pacific that are doing social work just to get on the good side of the government and opinion leaders are misguided – not only morally, it seems, but also in terms of business strategy.

This is because the notion of corporate social responsibility (CSR), as it is defined in the West, is not a major driver of stakeholders’ opinions in this region.

The study began with the premise that relationships with these key stakeholder groups were critical to driving business outcomes.

Edelman Asia-Pacific president Alan VanderMolen, who shared the findings with StarBiz in Kuala Lumpur, said tangible business factors, such as offering top quality products, were most important to stakeholders in this region in defining what made a corporation socially responsible.

“Of the respondents, 82% cited ‘offering top quality products or services’ as the most essential characteristic for a good and responsible corporation to have,” he noted.

Less importance was given to socially-driven factors like “operates in an open and transparent fashion” (50%), “works hard at communicating good corporate citizenship” (41%), “concerned about/active in doing something about community welfare” (29%) and “sponsors educational events” (15%).

VanderMolen said: “Corporates, by and large, think that by putting money into education - let’s say giving textbooks to children in kampungs – they would get on the good side of the government. My point of view is Wait.

Let’s take an objective look at what you’re trying to accomplish with your business, who are the key stakeholders that are important to you to achieving your business, and what are the important drivers to them in managing the relationship with you.

“Our data show the stakeholders look at business tangibles. And when they’re determining whether you’re good and responsible and how you manage your relationships with them, they would look at things that are highly related to your core competencies.

So, unless you’re a textbook manufacturer, maybe you wouldn’t want to give books away except for purely altruistic reasons.”

On which areas they were likely to investigate about a company to decide whether the latter had done its job well, the average respondent said he would invest only 12% of a given budget on the company’s attention to CSR. He placed a much higher priority (22% of his money) in finding out about the product or service quality.

As for “financial performance” and “management team”, 19% of the average stakeholder’s budget would go into those areas.

Corporate citizenship is among the least cited drivers. “The fundamental expectation of corporations in this region is to make money, and I think that is a cultural thing,” said VanderMolen.

The American, who worked both in the US and Europe before coming to Asia, felt that stakeholders in these Western markets probably put a stronger priority on CSR than those in Asia.

He said: “The society’s view of corporates and the role that corporations play in society has been muddled in the US and Europe.

The corporations have been driven so much by governments and NGOs into a direction that says: Let’s discount profit-making and let’s focus on giving back (to society).”

So, how does social responsibil¬ity rank in Malaysia?

VanderMolen, who incidentally was Burson-Marsteller Malaysia managing director in the mid-90s, said the sample size in the region¬al survey was not large enough to provide a quantitative conclusion for individual markets.

However, the survey’s findings indicate that stakeholders in Malaysia, Singapore and Hong Kong are significantly more likely, compared to those in the other markets polled, to discount information on CSR.

Stakeholders in India and China, on the other hand, are more likely to seek out such information.

VanderMolen said a high 75% of the respondents thought corporations today were on the right track.

“The drivers of this opinion are profitability of the companies, which are broadly on the upswing; a good economy; and the fact that companies have set strategies and are following them,” he explained.

According to him, corporations in the region are in a “pretty friendly environment” for pursuing relationships with their stakeholders.

“We think the environment is predisposed to having and building relationships with corporates, and we think that it will just get better as the economies and markets continue to improve,” he said. 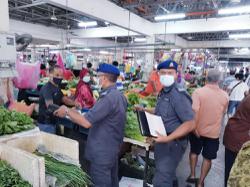