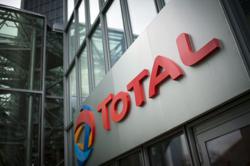 have formed a joint venture, BMW Malaysia Sdn Bhd, to take over the wholesale functions related to sales of BMW vehicles in the country currently handled exclusively by Auto Bavaria Sdn Bhd.

The German luxury car maker has a 51% stake in BMW Malaysia. The remaining 49% of the joint venture is held by Auto Bavaria, a wholly-owned subsidiary of Tractors Malaysia Holdings Bhd, in which Sime Darby has a 71.7% equity interest.

The move is part of BMW's global strategy to play a more active role in the distribution and marketing of its cars in major markets.

Besides the joint venture, BMW has set up a group data centre in Cyberjaya to replace the current decentralised IT set-up.

It will also be shifting its regional parts distribution centre to the Port of Tanjong Pelepas from Singapore. This centre is expected to start operation in the second half of next year to serve the Asia-Pacific region, including China.

Together with its local partners, the BMW Group is investing RM92.7mil in these three projects.

BMW Malaysia, which is scheduled to begin operation on Aug 1, will be responsible for all wholesale functions including model mix, pricing, marketing, dealers training and network development. The joint venture will also undertake the advertising and promotion, vehicle storage and distribution of both BMW and Mini cars.

Tractors will continue to be the assembler for BMW vehicles at its Shah Alam plant, while Cartrade Sdn Bhd will remain the importer of completely built-up BMWs.

Under the five-year joint-venture agreement, Auto Bavaria will remain the main BMW dealer in the country with eight outlets out of 14. It will have first right of refusal for any new dealership opportunities in the country for the next three years.

He added, however, that new parties could be involved in the retailing of BMW cars after three years.

Nonetheless, the BMW Group's senior vice-president, Asia-Pacific sales division, Luder Paysen, assured that priority would definitely be given to its joint-venture partner when the group expanded the distribution network.

“We are in a good long-term relationship with Sime Darby, which has laid the groundwork for BMW cars,'' he said.

As part of the joint-venture agreement, Sime Darby has been granted new three-year agreements for its BMW franchise in Hong Kong and Singapore in place of the previous one-year agreements.

The Sime group took over the BMW franchise in 1987 when only 35 units were sold. Auto Bavaria sold 1,132 units of BMW and Mini in the first half of this year compared with 1,123 units a year ago.

Sime Darby is also one of the five BMW car importers in southern China.

In a statement to the KLSE, Tractors said the BMW Group had guaranteed that the Sime Darby group would receive dividends or other distribution of profits of not less than RM50mil from the joint venture on or before Dec 31, 2008.

Tractors estimates an earnings reduction in the range of RM15mil to RM20mil before taking into account the guaranteed dividend, based on its sales performance in the financial year ended June 30. The company expects its net tangible asset per share to fall by 5 or 6 sen.

Singleton said the negative impact on the Sime group would be mitigated by cost savings as the marketing and stock holding costs would be borne by the joint venture.

Analysts said they did not expect the loss of the exclusive BMW franchise to have a significant impact on Sime's earnings.

A RM20mil fall in earnings at Tractors would mean roughly RM14mil less contribution to Sime, an amount that is seen as quite negligent for the conglomerate, whose pre-tax profit exceeded RM1bil for the last financial year.

Analysts said the new arrangement had not turn out to be as unfavourable to Sime Darby as initially feared.

Paysen said the joint venture was part of BMW's move to become the number one premium brand in the local passenger car market and in Asia.

“I have high expectations of this market. I think Malaysia has good potential for the BMW Group in the middle and long term. And this potential can be realised in years to come when the car market is fully liberalised,'' he said, adding that Asia would be the growth centre for the global automobile industry.