Today is a critical day for Celcom (M) Bhd, which is holding an EGM to seek shareholders' approval to buy TM Cellular Sdn Bhd, the mobile subsidiary of Telekom Malaysia Bhd

Failure to get the resolutions approved would be a major setback for Telekom and Celcom.

However, Telekom officials are confident that good sense will prevail and Celcom's minority shareholders would approve the purchase.

Celcom is paying RM1.68bil for the purchase of TM Cellular, which offers mobile services via the TMTouch network. For the sale of TM Cellular, it would receive shares, which will see its stake rising to 48%, thus triggering a mandatory general offer (MGO) at RM2.75 per Celcom share.

According to analysts, it makes no sense for minorities to vote against the sale and merger, because this would mean the Telekom GO would not be able to go ahead.

Given the current global uncertainties and depressed stock prices, sources said the GO provided minorities with an avenue to cash out. For those who do not want to take up the GO, they can continue to hold on to the stock and perhaps enjoy growth promised by the new shareholders.

The situation appears to parallel that of United Engineers (M) Bhd's general offer by Syarikat Danasaham Sdn Bhd in 2001. Initially, the response to the UEM GO was lukewarm, but after the terror attacks on the US on Sept 11, there was a rush in acceptances.

Telekom chief executive Datuk Dr Khir Abdul Rahman has repeatedly said the merger would benefit not just the two companies but also shareholders and subscribers. The cost savings to be derived from the merger this year and next amount to RM1.55bil.

It is believed that Deutsche Telekom (DT), which holds an 8% stake in Celcom, has submitted proxy forms to exercise its rights at the EGM today, although it is unclear what stand it would take when voting for the resolutions is called for.

It is said that DT is not opposed to the merger for it recognises the benefits, but has differing views on the valuation of both Celcom and TM Cellular. DT has also filed for arbitration in Paris over its dispute with Celcom.

Apart from DT, most of the other substantial shareholders are also expected to exercise their rights.

They include the Employees Provident Fund, which has an 11.3% stake in Celcom; Lembaga Tabung Haji (6.8%); Great Eastern Life Assurance Malaysia Bhd and Government of Singapore Investment Corp, each holding close to 2%.

Telekom has a 31.25% stake in Celcom which it bought last year for RM1.65bil, but has to abstain from voting at the EGM today. Both Khazanah Nasional Bhd and Minister of Finance Inc would also not vote as they are deemed to be parties related to Telekom by virtue of their holdings in the company. Foreign fund managers hold about 17% of Celcom. 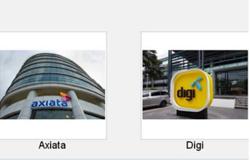