NUSIDE Engineering Sdn Bhd, the local agent for made-in-India Sumeet mixer grinders, is targeting to sell about 70,000 units this year in line with its plan to set up offices nationwide before year-end.

Its general manager T. Indran said the company, which started marketing the product in August last year, would open three offices in Kuala Lumpur, Seremban and Penang before June.

The company would be spending RM250,000 this year to promote the table-top mixer grinders and the heavy-duty models, including the 15-litre, 20-litre and 25-litre flour grinders, he said at the opening of the company's showroom in Puchong, Selangor, last week.

Products in the Sumeet range are priced between RM260 and RM2,000.

He said the company planned to come out with its own household electrical items including microwave ovens, washing ma- chines and cookers, within the next few years.

Jegadeesan said the heavy-duty mixer-grinders for thosai, idli and vadai would appeal to restaurants and hotels.

“There are also attachments to knead the dough to make chappati,'' he said.

Jegadeesan said that five workers who underwent three-month training stints at the Sumeet manufacturing plant in Coimbatore last year would undertake the repairs of the Sumeet models.

“Those with Sumeet products purchased in India can go to the showroom for services and repairs,'' he said.

Jegadeesan said Sumeet started manufacturing the products in 1963 and was the first to use stainless steel jars for the mixer.

“We sell about 120,000 table-top mixers in Tamil Nadu and 2.5 million units annually in India,” he said, adding that Sumeet products were also exported to Singapore, Indonesia, Australia, Britain, the US, Canada and Dubai.

He said there were plans to set up sales offices in Japan, China, Taiwan and Thailand. 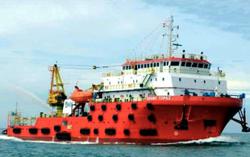