Things look up for Sime Darby

, Malaysia's oldest conglomerate, with very diversified interest, can look forward to another good year ahead.

Starting out in 1910 as Sime Darby & Co, and managing 202 hectares of a rubber estate in Malacca, the company has grown from strength to strength, producing good profit margins and in the process initiating business ventures abroad, in 21 countries to date.

The group, whose main sources of income lie in plantations, motor vehicle distribution, property development, heavy machinery manufacturing and energy, is expected to maintain profitability riding on the improved economic conditions, a surge in crude palm oil prices, and a possible removal or reduction of import taxes on crude palm oil to India.

Hilmi Mokhtar of OSK Research says, “The group's three main (financial) contributors are the motor sector, plantation and property. The upside this year can be expected mainly from the plantation sector. The property division may slow down, while the motor sector may possibly maintain,” he says.

A 16 per cent discount in pricing in palm oil in contrast to soybean oil, is also expected to increase usage, considering challenging economic conditions, while a lack of edible oil supply should also boost sales.

Sime Darby has 82,227 hectares of oil palm plantations producing in excess of 300,000 tonnes of palm oil a year. Plantations contribute about 6.4 per cent to the company's net profit.

The contribution from plantations, especially oil palm, is expected to increase to the region of 15 to 17 per cent from the current 6.4 per cent, an analyst who declined to be quoted says.

Hilmi who has a buy on the company adds, “Sime Darby has strong fundamentals, (the company's) valuations are attractive and the management is strong.” Hilmi places a fair value of between RM6.30 and RM6.40 on Sime Darby's stock.

According to GK Goh Research the outlook for palm oil remains positive with crude palm oil prices forecast at RM1, 500 per tonne this year up from RM1,353 per tonne last year.

GK Goh in a research report also forecasts the price of crude palm oil rising in the coming months, on the back of growing tightness in global edible oil supply. The research house predicts a peak in crude palm oil prices in the first half of this year, which should augur well for plantation companies.

Sime Darby currently has a 60 per cent equity interest in PD Power Sdn Bhd which operates a 440 megawatt (mw) power plant in Port Dickson, Negeri Sembilan, contributing around 10 per cent to group earnings.

Plans are underway to increase the current 60 per cent stake in PD Power to 80 per cent. Talks between Sime Darby officials and state controlled utility provider, Tenaga Nasional Bhd

are yet to be concluded.

The acquisition of Laem Chabang will be funded from the proceeds of Sime Darby's Islamic bonds issue valued at RM1.5 billion. The first tranche of RM500 million was issued on Wednesday.

The remainder of the proceeds from the Islamic bonds are to be utilised for the repayment of borrowings, hence reducing interest payments.

The Malaysian conglomerate also finally announced that it is looking to acquire a stake in Australia's largest private electricity company, Loy Yang Power.

Loy Yang Power operates a 2, 000 mw power plant and a coal mine in Victoria state. The company has about RM7.2 billion in debts.

Sime Darby officials recently announced that talks with BMW will be concluded by the end of February, and interestingly added that the Malaysian conglomerate is looking for new auto franchises in the region.

Hilmi of OSK Research, however, is of the opinion that the loss of BMW distributorship will be balanced out by robust vehicle sales expected in both China and Australia.

He says: “The slowdown, which might occur in the company's motor division from the change of hands (with regard to BMW) should be mitigated by contributions from markets in China and Australia, and stabilise (group) earnings.”

The company, in China has tied-up with Nissan and Buick of General Motors, while in Australia and New Zealand, Sime Darby distributes Peugeot cars.

Even in Thailand, Sime Darby has a presence via the distribution of BMW vehicles. It has also been suggested that Sime Darby will distribute South Korean made Hyundai vehicles in Thailand, to make up for the loss of BMW.

Also on the cards is the prospect of earnings from the Bakun Dam project. A Sime Darby-led consortium was awarded the RM1.78 billion civil works contract for the massive dam project.

Analysts, however, say that the earnings from the Bakun Dam project will only be realised in FY04.

Major shareholders of Sime Darby Bhd are Permodalan Nasional Bhd, with a 42.95 per cent stake, Employees Provident Fund Board 14.11 per cent and Anglo-Oriental (Annuities) holding 5.29 per cent or about 123 million shares. 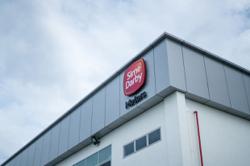