VS Industry managing director Datuk S.Y. Gan said the operating environment has been very difficult in the current financial year.

KUALA LUMPUR: Electronics manufacturing services (EMS) provider V.S. Industry Bhd posted net losses of RM19.52mil in the third quarter ended April 30,2020 due to the impact of the movement control order (MCO) but it expects an improvement in the current quarter as operations went into full swing.

The lower revenue, it said, was primarily due to impact arising from the temporary closure of its Malaysian factories following the MCO which was imposed on March 18.

“While production in Malaysia was halted, fixed operating costs such as, amongst others, depreciation, staff and production workers’ salary, as well as financing costs continued to incur.

“The decreased revenue during the quarter was therefore insufficient to cover the fixed overheads and financing costs, ” it said, adding the group posted losses in the quarter.

VS Industry managing director Datuk S.Y. Gan said the operating environment has been very difficult in the current financial year.

“Amidst a decelerating global economy plagued by uncertainties arising from the ongoing US-China trade tension, the world was thrown into chaos by the unprecedented challenges brought forth by the Covid-19 pandemic, ” he said.

Gan said the group restarted operations in the later part of April 2020 under the conditional MCO phase. Production has since picked up steadily and it was operating at full capacity.

“Following the resumption of our operations, the group expects to return to profitability in the coming quarter. However, the situation remains challenging and demanding with consumer spending across the world affected by the impact of economic loss arising from the Covid-19 pandemic and the resultant strict movement control measures.

“Additionally, we anticipate the overall order flow from customers during the current financial year to be lower than the previous year. Currently, visibility of order flow is also shorter as compared to previously, ” Gan explained.

“Both the top and bottom line declined on a YoY basis following the soft 3QFY20 results," it said.

Over in China, 9MFY20 loss before tax from China narrowed significantly to RM9.6mil from RM33.6mil a year ago. The improvement was due to lower operating expenses incurred following the streamlining of activities and adoption of an asset-light business model with lower gearing structure. 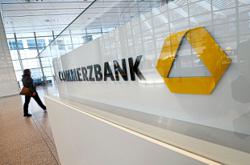 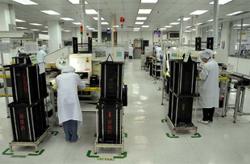 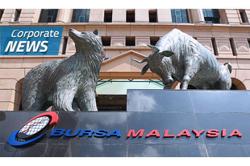