He said this after a meeting between Minister of Primary Resources and Tourism Dato Seri Setia Dr Haji Abdul Manaf Metussin and an 11-member delegation from Atami City in Shizuoka Prefecture, Japan, on Tuesday (Jan 24)

“There are three million domestic visitors to Atami City annually and this will present a huge potential to introduce Brunei as a tourist destination to the Japanese people,” he said.

“The city is filled with cherry blossoms and plum flowers. There is also a fireworks festival and the city offers easy access to Mount Fuji and plenty of accommodation for hot springs.”

He added, ”We also hope to attract Muslim tourists including from Brunei to Atami City. We are also looking into venturing in the halal food industry.

“We have met with officials from Ghanim International Corporation and discussed bringing Japanese ingredients to Brunei for processing into halal food to be exported back to Japan.

As a show of commitment, the delegation presented the minister with Japanese koi fish to symbolise love and friendship in Japanese culture.

Tatsumi felt that the discussion went well and was impressed by the suggestions proposed by the minister.

However, the Covid-19 pandemic caused a delay in furthering the cooperation. 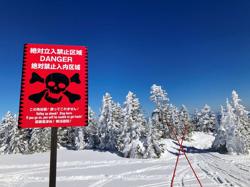