A view of Serasa Beach. - BB

According to the index, the sultanate was also found to have the least polluted air, high Internet users as well as a strong societal pillar for avoiding goods produced by forced labour or child labour.

However, it also found Brunei’s technological infrastructure needing improvement. The findings from the research give detailed insights into the diversity of policies and practices in major economies, how economies are sustaining growth and equitable prosperity by managing their trade and trade-related regulations, and the linkages between trade and sustainability.

The index represents a key resource for regulators, businesses, and communities to shape policies that integrate sustainably conducted trade with the prosperity of economies.

The index measures 30 economies’ readiness and capacity to participate in the global trading system by analysing 70 data points (“indicators”) grouped into three “pillars” that align with the long-term goals of economic growth, environmental protection, and societal development.

This year’s study identified commonalities among high-performing economies: They tend to encourage technological innovation and have low trade barriers.

Their residents have high life expectancy, attend school for longer periods, and enjoy more opportunities to move up in life. They conserve energy at home, and respect climate goals globally.

The index also reveals some worrying trends. From the pandemic to the Russia-Ukraine war, uncertainties are pressing economies to turn inward in search of self-sufficiency. Inflation is increasing. Growth is slowing.

New Zealand topped the index by being placed first in both the societal and environmental pillars, and seventh in the economic pillar. It tops the measure for political stability. It ranks third in labour standards, an indicator that measures gender diversity in hiring outcomes.

It strongly upholds freedom of association and assembly. It has mostly eliminated or avoided using forced labour or child labour in its economic output. New Zealand also enjoys the least polluted air of all economies assessed.

The United Kingdom’s second place is the net result of strong performances across all pillars.

It ranks second for keeping its energy intensity low, and third in the percentage of wastewater treated, transfer emissions, and carbon management.

Hong Kong’s third position stems from its top position in the economic pillar. Together with Singapore in the fifth place, it excels in attracting capital from foreign investors and has a well-developed technological infrastructure.

Japan’s performance in the fourth place is an amalgam of high rankings across all pillars. It tops the societal pillar for avoiding goods produced by forced labour or child labour and for its high social mobility, ranking first in both. Other strengths are life expectancy at birth and political stability. 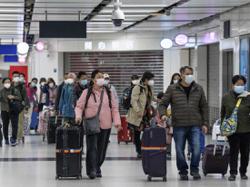