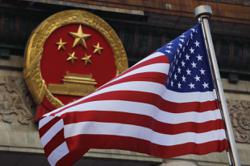 Protected: Pandemic prevention workers getting ready to enter an apartment amid outbreaks in Beijing. — Reuters

BEIJING residents cheered the removal of Covid-19 testing booths while Shenzhen said it would no longer require commuters to present test results to travel, as an easing of China’s virus curbs gathered pace.

Although daily cases are hovering near all-time highs, some cities are taking steps to loosen Covid-19 testing requirements and quarantine rules as China looks to make its zero-Covid policy more targeted amid a sharp economic slowdown and public frustration that has boiled over into unrest.

The southern city of Shenzhen announced it would no longer require people to show a negative Covid test result to use public transport or enter parks, following similar moves by Chengdu and Tianjin.

Many testing booths in the Chinese capital of Beijing have also been shut, as the city stops demanding negative test results as a condition to enter places such as supermarkets and prepares to do so for subways from tomorrow. Many other venues including offices still require testing.

A video showing workers in Beijing removing a testing booth by crane on to a truck went viral on Chinese social media on Friday.

“This should have been taken away earlier!” said one commentator.

“Banished to history,” said another.

Reuters was not able verify the authenticity of the footage. At some of the remaining booths, however, residents grumbled about hour-long queues for the tests due to the closures.

China began tweaking its approach last month, urging localities to become more targeted. Initial reactions, however, were marked with confusion and even tighter lockdowns as cities scrambled to keep a lid on rising cases.

Then a deadly apartment fire last month in the far western city of Urumqi sparked dozens of protests against Covid curbs in a wave unprecedented in mainland China since President Xi Jinping took power in 2012.

China is set to further announce a nationwide reduction in testing requirements as well as allowing positive cases and close contacts to isolate at home under certain conditions, sources familiar with the matter told Reuters earlier this week.

Xi, during a meeting with European Union officials in Beijing on Thursday, blamed the mass protests on youth frustrated by years of the Covid-19 pandemic, but said the now-dominant Omicron variant of the virus paved the way for fewer restrictions, EU officials said.

Officials have only recently begun to downplay the dangers of Omicron, a significant change in messaging in a country where fear of Covid has run deep. — Reuters