Chow Pak-kwan was shot at point-blank range by a traffic officer outside a subway station in November 2019. - Cupid Producers via Reuters

HONG KONG (AFP): A Hong Kong man shot by police at point-blank range during democracy protests in 2019 was jailed for six years Wednesday (Nov 30) on charges that included trying to snatch the firearm that wounded him.

Chow Pak-kwan, 23, lost his right kidney and was injured in his liver and spine after a traffic cop shot him at a road intersection amid clashes between protesters and the authorities.

Footage of the incident showed an officer drawing his gun, pointing it at protesters blocking the road, grappling with one of them and eventually firing at Chow, who was unarmed.

The judge said Chow's attempt to grab the officer's gun could have inflamed the crowd's emotions and was a factor contributing to the lengthy sentence.

Another defendant in the case, Woo Tsz-kin, 22, was also jailed for six years after being found guilty of obstructing a police officer and attempted robbery.

The protest took place near the height of Hong Kong's citywide protests three years ago, which began in opposition to a proposed extradition bill before growing to include calls for greater freedoms.

Rights activists have criticised police for using excessive force to quell protests, with Chow's shooting sometimes cited as an example.

Police have insisted that officers were acting in accordance with the law and following internal protocols.

As of August, Hong Kong had arrested nearly 10,300 people over the 2019 democracy protests and have prosecuted or initiated legal proceedings against 2,900 of them, according to police. 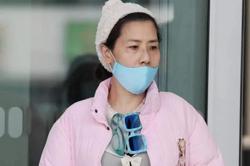