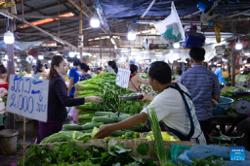 The clearance operation is part of a plan of cooperation drawn up between Laos’ Ministry of National Defence and the Ministry of Defence of the Russian Federation, in which Russian army personnel will assist Lao soldiers to remove explosive devices and provide training for soldiers in Nakai district.

The launch of the operation in Nakai district on Monday was attended by Laos’ Deputy Minister of National Defence, Major General Chanthong Soneta-ath, along with members of the Lao and Russian armed forces.

The survey and clearance operation will take place in four areas of the district over a total area of 56,326 hectares.

The first site is located in Nakai village; the second is a newly identified site; the third is on land that is needed to build offices; and the fourth is on land designated for the construction of a new primary school.

Since 2018, teams from the International Demining Centre of Russia’s defence forces have carried out UXO clearance in Borikhamxay and Xieng Khuang provinces, according to the Russian Embassy to Laos.

Hundreds of hectares of arable and other land have been restored to normal use, and more than 3,000 unexploded devices have been located and destroyed.

Russian demining teams have also run special classes for people in local communities to teach them what to do if they find any unexploded devices.

Unexploded munitions were also removed at Thong Haihin airport by Lao and Russian military personnel, with the work taking place from Dec 5, 2020, to March 18, 2021.

The operation saw the removal of unexploded ordnance from 3.47 hectares of land at the airport, when 1,003 devices were located and detonated. 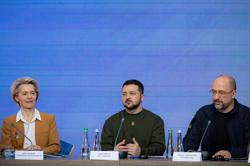 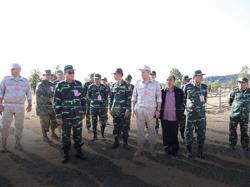