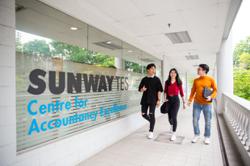 SINGAPORE (The Straits Times/Asia News Network): A man who forged university degrees was able to get hired in many finance positions, getting away with his scheme for more than a decade.

Since 2009, Yeoh Keng Swee, 55, forged degrees, certificates and transcripts, which he then used to get hired by 11 companies.

He held finance and audit positions in nine of these companies, including one where he was the company’s chief financial officer.

But his long paper trail of forged qualifications was uncovered when Nanyang Technological University (NTU) filed a police report against him in January 2021.

The report said the school had received a request for degree verification, and that the degree submitted by Yeoh was forged.

On Thursday, Yeoh was jailed for 15 months after pleading guilty to three counts of forgery for the purposes of cheating.

Another 10 similar charges were taken into consideration for sentencing.

>A Bachelor of Accountancy degree certificate from NTU;

>A Bachelor of Accountancy with Honours degree certificate from NTU;

>An official transcript from NTU;

>A Singapore-Cambridge General Certificate of Education (Ordinary Level) from the Ministry of Education;

>A Master of Science in Business Administration degree certificate from Andrews University;

>An academic transcript from Andrews University;

He used these documents to apply to be the chief financial officer of Boon Chang Structure and started work in September 2019.

But his work performance was poor and drew many complaints.

He resigned in December 2019, claiming his eyesight was failing, but was paid wages of about $14,000 in total.

In January 2020, he forged the same documents he used for his Boon Chang job application, and applied for the finance director post at Gain City Best-Electric.

He started work in February 2020, but was terminated in July 2020 after failing the performance criteria.

According to court documents, the other companies that hired him from 2009 to 2015 based on forged qualifications are:

Yeoh forged the qualifications by searching for copies online and printing them out to use as templates.

He printed his name and details on another piece of paper, cut them out and pasted them over the templates before photocopying the edited templates to create the forged copies.

In December 2020, he applied for a job as a construction project manager at Success Forever Construction using forged documents.

But during the interviews, he could not properly answer questions testing his technical knowledge.

When he overheard the interviewer and her employer discussing the verification of his qualifications, he withdrew his job application and asked the interviewer to destroy the documents he had submitted before leaving.

At the start of his hearing on Thursday afternoon, Yeoh had tried asking the court to stop the media from reporting on his case.

He said that his relatives, family and friends would be affected.

Senior District Judge Ong Hian Sun then informed him that there was no gag order on the case, which was being heard in open court.

His lawyer, Audrey Koo, asked the court for leniency, saying her client could not afford restitution, and suffered from high blood pressure and kidney disease.

Deputy Public Prosecutor Lee Zu Zhao said the prosecution was aware Yeoh may not have the means to make compensation, and did not seek an order for one.

For each count of forgery for the purpose of cheating, Yeoh could have been jailed for up to 10 years and fined.