Peaberry, the award-winner, is a naturally occurring coffee and constitutes only 5% to 10% of the global coffee market.

The World Coffee Challenge Competition took place in Ourense, Spain, on Sept 29-30, gathering coffee growers from more than 34 countries with the aim of promoting high-quality coffee.

Lao Mountain Coffee represented Laos in the competition and entered its coffee sourced from beans grown on the Bolaven Plateau in Pakxong district, Champassak province. Pakxong is known as one of the best areas to grow some of the world’s best-tasting coffee.

According to the Ministry of Agriculture and Forestry, coffee is Laos’ third largest agricultural export and is sold to 26 countries in Asia, Europe and North America.

The government is promoting coffee production in 11 provinces of Laos, to supply the growing need for high-quality products in the local and foreign markets.

Most of the coffee produced in Laos is made from the Arabica and Robusta varieties.

Last year, 56% of Lao coffee (green bean) exports to international markets went to Vietnam, 13% to Japan, 12% to Thailand, and the rest to Cambodia, Germany, China, the US and other countries.

In the domestic market, Lao coffee products such as three-in-one and coffee beans are sold to coffee shops such as Amazon and Sinouk. — Vientiane Times/ANN 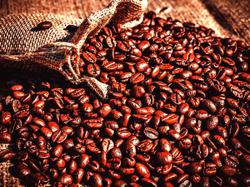