Singapore to slap fines on smokers at public parks, beaches from Oct 1 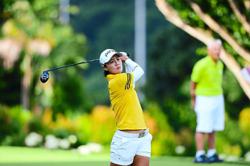 The ruling comes after smoking has been prohibited in more public areas since July 1, 2022. - ST

SINGAPORE (The Straits Times/Asia News Network): From Oct 1, anyone caught smoking at all public parks and gardens, some water areas and 10 recreational beaches may be fined up to S$1,000.

Smoking has been prohibited in more public areas since July 1, as part of further efforts to stamp out the habit and protect Singapore against the harmful effects of second-hand smoke.

To give people time to adjust to the ban, which was first announced in March, those caught smoking in these newly prohibited areas were issued verbal advisories for the first three months following its introduction.

More than 1,200 verbal advisories were issued to smokers in these areas between July 1 and Sept 25, said the National Environment Agency (NEA), National Parks Board (NParks), national water agency PUB and Sentosa Development Corporation on Thursday (Sept 29).

With the end of the advisory period on Friday, those caught smoking in these areas may face a composition fine of $200 or a fine of up to $1,000 if convicted in court.

To allow smokers to adjust to smoke-free parks, designated smoking areas have been provided in 12 regional parks, including East Coast Park and Bishan-Ang Mo Kio Park, as well as Palawan Beach, Siloso Beach and Tanjong Beach, the agencies said.

"No smoking by law" signs, posters and banners have also been installed at the new smoke-free locations as additional visual reminders.

Smoking is currently prohibited in more than 49,000 premises, both indoor and outdoor, the agencies said.

In the first half of 2022, about 7,400 tickets were issued for smoking in prohibited areas, they added.

Before the expansion, Singapore's smoking ban covered only places such as neighbourhood parks in private and public housing estates, reservoirs and nature reserves.

Smoking is also not allowed under sheltered walkways, areas within 5m of a bus stop, and void decks.

From Saturday, enforcement action can be taken against smoking in the remaining public parks and gardens managed by NParks, as well as at PUB's Active, Beautiful, Clean Waters sites, which include streams, rivers, and lakes.

The additional places where smoking is prohibited can be viewed here.

Examples of such sites include canals and landmarks near rivers, such as the Lorong Halus bridge.

Wetlands, such as the Sengkang Floating Wetland, and areas near large drains are also included in this ban.

The other beaches affected by the ban are Changi Beach, East Coast Beach, West Coast Beach, Sembawang Beach, Pasir Ris Beach and Punggol Beach on the mainland, as well as the beach on offshore Coney Island.

However, smokers will still be able to light up at open public spaces such as vacant land, uncovered walkways and uncovered areas on the top deck of multi-storey carparks.

They can also do so in private, such as in their own homes or cars, as long as no second-hand smoke is expelled in places where smoking is prohibited.

"NEA encourages smokers to be socially responsible when smoking in public places and not to light up in smoking-prohibited places.

"Friendly and timely reminders from family, friends and other members of the community can help to reinforce the right social behaviour and norms," the agencies said.