SINGAPORE (The Straits Times/Asia News Network): Two Malaysian men were each sentenced to a year's jail on Thursday (Sept 29) after they admitted in a district court to their roles in helping a couple allegedly involved in a $32 million luxury goods scam flee Singapore.

Mohamed Alias, 40, and Mohamad Fazli Abdul Rahman, 38 have pleaded guilty to offences under the Immigration Act.

According to court documents, Mohamed Alias helped the couple flee from Tuas Checkpoint at around 7.30pm on July 4 by allowing them to hide in the container compartment of a Malaysia-registered lorry.

Fazli had engaged in a conspiracy with him in arranging the escape.

Pi and Pansuk, both 27, left Singapore after they allegedly failed to deliver $32 million worth of goods to customers.

Pi, who was born in Fujian province in China, was initially arrested by the Singapore police on June 27.

His passport was impounded and he was released on $15,000 bail the next day.

Pansuk was assisting the police with investigations and had surrendered her passport on June 30.

The couple became uncontactable and left Singapore on July 4.

Arrest warrants and Interpol red notices were then issued against the pair.

The Royal Thai Police later told police here that the duo were possibly staying in a Johor Baru hotel.

The police then asked their counterparts in Malaysia to locate them.

The couple were arrested on Aug 11 and handed over to the police here that day.

Pi and Pansuk first appeared in court on Aug 12, when they were each handed three charges - two for cheating and one for leaving Singapore illegally.

They are accused of being involved in a conspiracy to cheat customers of Tradenation and Tradeluxury between January and June.

The amounts said to be involved were not disclosed in court documents.

The pair allegedly duped victims into believing they would be sold watches and luxury handbags, but had no intention of delivering the items.

The couple's pre-trial conference will take place on Oct 11. 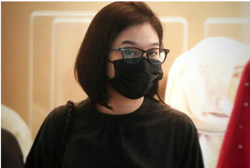