Banteay Meanchey provincial governor Um Reatrey told The Post that rain was continuing to fall, and authorities were evacuating the most vulnerable. - PROVINCIAL ADMINISTRATION

PHNOM PENH (The Phnom Penh Post/Asia News Network): An official warned that the 16th typhoon of the season, Noru, had brought heavy rains to areas surrounding the Mekong River and flooded thousands of homes in the provinces bordering Thailand.

As of Tuesday (Sept 27), the death toll from the flooding had risen to 16.

National Committee for Disaster Management spokesman Soth Kim Kolmony told The Post that in the past few days it had rained hard in the mountain areas and highlands of the north and north-west of Cambodia. Thousands of houses had been submerged and many roads had been damaged.

“According to initial reports, 16 people had been drowned of Sept 27,” he added.

“In order to avoid bridge collapses and ensure the safety of traffic, district authorities have suspended all heavy goods trucks from operating on the following section of National Road 9: from kilometres 560 to 561 in M’lou Prey I commune’s M’lou Prey I village of Preah Vihear province’s Chheb district,” he said.

National Road 6 from kilometres 220 to 224 in Kampong Chen Choeung commune’s Trach village of Kampong Thom province’s Stoung district were also flooded, with director of the Provincial Department of Public Works and Transport Chou Kolla deciding to close the affected parts of the road to all traffic on Sept 26.

Provincial governor Nguon Rattanak ordered his officials to manage traffic flow and stand by to evacuate residents whose homes were inundated.

“For the safety of the public, we intervened to improve traffic flow. We are also prepared to relocate people whose homes are affected,” he said.

Banteay Meanchey provincial governor Um Reatrey told The Post that following two days of heavy rain, a lot of houses in Preah Netr Preah district had been flooded. He said rain was continuing to fall, and authorities were evacuating the most vulnerable.

Ministry of Water Resources and Meteorology spokesman Chan Yutha said that for the time being, the typhoon Noru had hit the east of the Philippines and moved to the central part of Vietnam.

“The typhoon will weaken slowly, evolving into a depression as it brings areas of precipitation to the Mekong River in Thailand and Laos. The effects of the typhoon are expected to bring heavy rain in Cambodia from Sept 28-30, particularly in provinces bordering Thailand,” he said.

He called on people living in low-lying areas to exercise increased caution for rain-induced flash flooding. People in coastal areas should also remain cautious because the effects of the typhoon will bring heavy rains and strong winds, as well as large ocean waves. 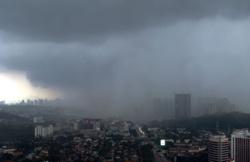 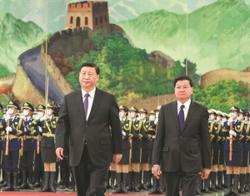