YANGON (Eleven Media News/Asia News Network): Model Nang Mwe San (pic) - who was charged under Section 33(a) of the Electronic Transactions Law - was sentenced to six years in prison on Sept 27, according to sources close to the police.

''The order for Nang Mwe San was issued on Tuesday (Sept 27). She was sentenced to six years in prison for the crime she was charged with.

Since she lives in North Dagon, where military administration is established, the order was passed in the special court at Insein Prison on Tuesday.

The case of Thinzar Wint Kyaw is still under investigation at the Mayangon court,'' said a community member close to the police.

According to the press release of State Administration Council (SAC), action has been taken against actress and model Thinzar Wint Kyaw and model Nang Mwe San for receiving payment and distributing sexually suggestive photos and videos on social networks.

According to the press release, Thinzar Wint Kyaw opened an account in the name of Thinzar Wint Kyaw to post sexually oriented photos and video files for a fee on a pornographic website run by a resident of the United States, with the help of the sexual orientation model Shin Yoon Myat, around August 2021.

According to the news, Thinzar Wint Kyaw has been receiving money for sexually oriented photos and videos to post on the website since Aug 20, 2021.

According to the report, Nang Mwe San has also been receiving money for sexually oriented photos and videos to be posted on the website from around September 2020, with the help of a person working in the trade of beauty products made in India.

In addition, they contacted the website again and have sent and posted sexually oriented photos and video files from January 2021, according to the statement. 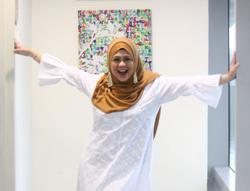