SINGAPORE, Sept 27 (The Straits Times/ANN): The sity-state's population is ageing rapidly, with the proportion of citizens aged 65 and above increasing to 18.4 per cent in 2022.

The report by the Government's National Population and Talent Division provides an update on Singapore's key population trends over the past year.

Similar ageing trends are seen in other Asian societies such as Japan and South Korea, which also face low fertility rates.

In 2020, the proportion of Singapore's population aged 65 and above was 17 per cent, similar to the South Korean population's 16 per cent, but lower than that of the Japanese population at 29 per cent.

The ageing trend has been highlighted by Finance Minister Lawrence Wong in his Budget speech in February. He said that healthcare will account for the bulk of increases in government social spending by 2030 as Singapore's population ages.

Singapore must be prepared to take better care of the elderly, including providing more medication subsidies to reduce the burden of healthcare costs on older Singaporeans and their families, he said.

All these mean that Singapore's healthcare and social spending is increasing sharply, PM Lee added.

The additional tax collected will also be needed to fund more hospitals, polyclinics and other facilities so that the elderly can access medical services, he said.

As a small city state that relies on people as its key resource, the ageing trend and its implications will hit Singapore even more acutely, the population report said.

To address this core demographic challenge, Singapore must continue to support marriage and parenthood, it added.

While the Government has a suite of measures to support Singaporeans in starting and raising families, employers, community partners and individuals can all do their part to create a stronger family-friendly support ecosystem.

This can range from workplaces that promote work-life harmony to community groups that work with the Government to care for families with more complex needs, the report said.

Singapore must also be a home where seniors can age meaningfully with confidence and peace of mind, it added.

The report cited Singapore's efforts to help its citizens take charge of their health and achieve healthy longevity. These include the Action Plan for Successful Ageing, as well as the Healthier SG initiative which will be launched next year. 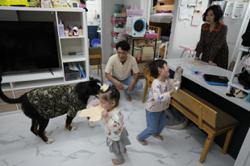