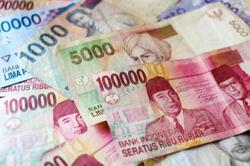 BANGKOK, Sept 26 (Reuters): Thailand's central bank is closely monitoring the baht weakness but there has been no big concern about it yet, the finance minister said on Monday, as the currency hit its lowest in 16 years against the dollar.

"On baht weakness, the central bank is always taking care of what we've assigned. There isn't much of anything right now. Nothing serious still," Arkhom Termpittayapaisith told reporters.

Despite headline inflation breaching the Bank of Thailand's (BOT) target range of 1% to 3%, the government still has no plans to adjust the range for 2023, Arkhom said. The inflation target is reviewed every year.

The finance ministry is tackling inflation with measures on goods and energy prices while the BOT is using monetary policy.

The BOT is expected to raise its key interest rate again on Wednesday after hiking the rate in August for the first time in nearly four years to contain inflation. - Reuters