JAKARTA, Sept 26 (Jakarta Post/ANN): The recent arrest of Supreme Court justice Sudrajad Dimyati by the Corruption Eradication Commission (KPK) for alleged bribery has exposed the failure of the court in curbing judicial corruption.

Sudrajad was named a suspect early on Friday for allegedly taking bribes relating to a civil case handled by the Supreme Court, along with nine other people following a series of KPK raids in Jakarta and Semarang in Central Java.

The nine other suspects are clerk Elly Tri Pangestu and a number of staff members of the top court’s registry office, as well as two businessmen – who filed a cassation appeal against a Semarang commercial court ruling in a case pertaining to savings and lending cooperative KSP Intidana – and their two lawyers.

Sudrajat turned himself into the KPK later that day after he met with Supreme Court leaders who asked him to be cooperative with the investigators. He is now in KPK custody.

Sudrajad had allegedly accepted Rp 800 million (US$52,937) in bribes in return for a Supreme Court cassation ruling favoring businessmen Ivan Dwi Kusuma Sujanto and Heryanto Tanaka, who were involved in the civil case battle against Intidana.

Both businessmen were previously members of a Semarang-based cooperative that sought a bankruptcy ruling against Intidana this year after it failed to fulfill its obligations to return the savings of its members, which had reached nearly Rp 1 trillion.

They lost the case at the Semarang Commercial Court but won the appeal at the Supreme Court.

Through their lawyers, Ivan and Heryanto allegedly gave the Supreme Court clerk and workers S$202,000 (US$ 141,266) in bribes – part of which was channeled to Sudrajad.

The KPK also found indications of Sudrajad and other suspects having been involved in other cases.

“We suspect that those court officials also took payments from other people who have cases tried by the Supreme Court. Our team is investigating it further,” KPK deputy chairman Alexander Marwata told a press briefing on Saturday.

Supreme Court head for monitoring Zahrul Rabain said that the court would support and be cooperative with the KPK.

The Judicial Commission, which has the power to select Supreme Court justices, investigate ethical breaches and recommend sanctions for judges found to be in violation of the ethics code, said that it would launch an ethics probe into Surajad and Elly that was separate from the KPK's criminal investigation.

Sudrajad, previously a judge at the Pontianak High Court, is no stranger to controversy.

When he was a justice nominee in 2013, he allegedly attempted to bribe a then-lawmaker during his confirmation hearing by the House of Representatives' legal affairs commission.

He was caught by a news reporter handing an envelope to the lawmaker in a restroom shortly after his interview by lawmakers.

Sudrajad, who has maintained his innocence and claimed that he was merely seeking clarification on the background of other candidates, had his nomination rejected by lawmakers.

He was later cleared of ethical wrongdoing by the Judicial Commission.

Sudrajad won lawmakers' approval during the confirmation hearing the following year and was named a Supreme Court justice to serve in the civil chamber.

“[His] track record has been problematic. [...] This at least shows that the selection process of the Supreme Court justice candidates has not upheld [the court’s] integrity,” anticorruption activist group Indonesia Corruption Watch (ICW) said in a statement.

Sudrajad was among the evaluators assessing the candidates for Supreme Court justices last year.

His arrest has immediately put a spotlight on judicial corruption and drew calls for tighter supervision and monitoring of the Supreme Court, which has long opposed external oversight by the Judicial Commission.

“Weak supervision [internally] by the Supreme Court's supervisory body and [externally by] the Judicial Commission makes the judiciary prone to corruption.

Given this situation, there is a possibility that there are many other corrupt judges and court staff members who have not been identified by law enforcement agencies," the ICW said.

Citing KPK data, the ICW said at least 21 judges had been implicated in corruption cases to date. In one of the most notorious cases, former Supreme Court secretary Nurhadi was found guilty last year of accepting bribes in connection with three cases handled at the Supreme Court between 2011 and 2016.

The KPK had put Nurhadi on its most wanted list since February 2020, but he continued to evade capture until June of that year, which raised suspicions that other parties were involved in protecting him from law enforcement.

Binziad Kadafi of the Judicial Commission said on Friday that his office would be looking to intensify collaboration with the KPK and the Supreme Court’s supervisory body to prevent corruption among judges and court employees, particularly because the supervisory body has jurisdiction over non-judge employees.

“A look at the pattern of corruption in past cases and recent one shows that [non-judge] employees or clerks have become an entry point [for bribery],” he said. - The Jakarta Post/ANN 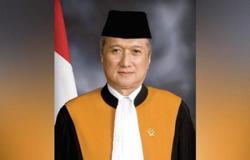