GSIS cool to idea of lowering retirement age in Philippines 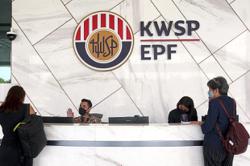 MANILA (Philippine Daily Inquirer/Asia News Network): The Government Service Insurance System (GSIS) is cool to the proposal to lower workers’ retirement age, as doing so will slash its contribution collections while prolonging the benefit disbursement period for early retirees.

While the state-run pension fund for government workers and pensioners said it would “comply” in case the bills aimed at bringing down the optional retirement age to 56, from 65 at present, were passed into law, documents flagged risks to the GSIS’s fund life.

“Our mandate is to protect and grow the funds of our members so that we can grant their benefits as and when they fall due. The GSIS has expressed its reservations on this proposal as lowering the optional retirement age would have a negative impact on the actuarial life of the social insurance fund of the GSIS,” it said.

Allowing government employees to retire earlier than usual would also “lengthen the period of benefit payments,” resulting in more disbursements, the GSIS added.

“This change in the basic design of the retirement package entails additional cost and would require an additional increase in reserves in order to preserve the actuarial life of the social insurance fund,” the GSIS said.

Also, the GSIS said it would review the proposed hike in the minimum basic monthly pension, to P6,000 from P5,000 at present. This proposal will cover more than 67,000 old-age and disability pensioners.