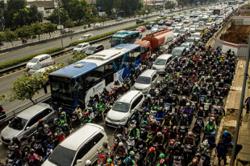 Anies Baswedan speaks to the media during his Jakarta gubernatorial campaign on Jan 9, 2017. - JP

JAKARTA (The Jakarta Post/Asia News Network): Jakarta Governor Anies Baswedan has introduced additional exemptions from the urban and rural land and building tax (PBB-P2) for land and buildings with a taxable value of property (NJOP) of less than Rp 2 billion (US$134,979).

Anies launched the new PBB-P2 exemptions, stipulated in Gubernatorial Decree No. 23/2022, during the Independence Day celebrations on Wednesday (Aug 17), saying the policy was aimed to boost social justice.

He said land and building values in Jakarta were among the highest and continued to increase, which could result in social injustice and inequality.

“The [current PBB-P2] policy could be a polite way to banish citizens [from the capital],” Anies said, as quoted by Antara on Wednesday.

In 2019, the Jakarta administration issued PBB-P2 exemptions for individuals and institutions with land and building assets with NJOP of less than Rp 1 billion.

Anies said the city’s residents with low incomes or in difficult economic circumstances would be the first to hit by increasing land and building taxes.

The governor claimed that under the new policy, 85 per cent of houses in Jakarta were exempt from land and building taxes.

In the 2019 decree, Anies had expanded the PBB-P2 exemption to apply to meritorious taxpayers, as well as teachers, lecturers and educational workers, veterans, national heroes and honorary medal recipients.

The 2019 decree replaced a 2013 decree issued by then-Jakarta governor Joko Widodo, which stipulated a 75 per cent PBB-P2 exemption for veterans of the independence movement, Bintang Gerilya awardees, former presidents and vice presidents, former governors and deputy governors, retired military and police personnel, and retired civil servants and their widows/widowers.

Anies’ latest moves have been seen by some to be an attempt to raise his electability rating, as many analysts have warned that it might decline once his gubernatorial term ends on Oct 16 and he recedes from the spotlight. 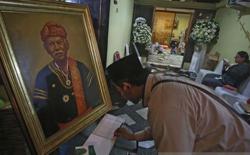