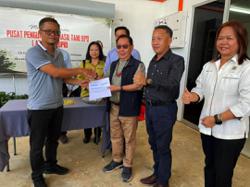 HANOI (Vietnam News/Asia News Network): The Vietnam Post Corporation (Vietnam Post) has issued a set of stamps featuring four famous waterfalls selected from the most beautiful across the country.

The four-stamp collection themed Thac Nuoc Vietnam (Vietnamese Waterfalls) was launched this week to promote the image of Vietnam, the people and scenic landscapes.

Designed by painter Nguyen Duc Lan and measuring 43x32mm, the collection depicts the four waterfalls of Dai Yem in the northern province of Son La, May in the central province of Thanh Hoa, Pongour in the Central Highlands province of Lam Dong and Suoi Tranh in the southern province of Kien Giang.

Among them, Dai Yem is at its most beautiful in Moc Chau Plateau, Son La Province's Moc Chau District. It is associated with the legend of love between a young man and woman in the mountainous region.

During rainy seasons, strong flows of water make up nine levels of the waterfall, creating a breathtaking view. It has for a long time been an unforgettable destination for visitors to Moc Chau Plateau.

Meanwhile, May Waterfall boasts pristine scenery with crystal clear waters. The over-100m waterfall is a charming place in Thach Lam Commune of Thanh Hoa’s Thach Thanh District. It is created from part of the northern Troung Son karst mountain system.

Pongour Waterfall in Tan Hoi Commune of Duc Trọng District, about 50km to the south of Dalat City, Lam Dong Province, is called the “seven-level waterfall” since its water flows down from seven layers of rock. Thanks to its untouched beauty, Pongour is dubbed "Nam Thien De Nhat Thac” (The Best Waterfall in the South) and has become one of the must-visit places in Dalat.

Suoi Tranh Waterfall in Dương Tơ Commune of Kien Giang's island district of Phu Quoc Province originates from small streams on Ham Ninh Mountain. Its clear water flows through rocks and cliffs to form a stunning landscape in the forest.

Vietnam Post has also designed four stamping blocks to mark the first release date of the collection with the aim to diversify the products of stamps for customers and collectors. 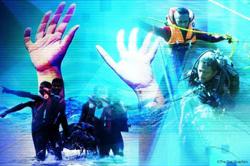